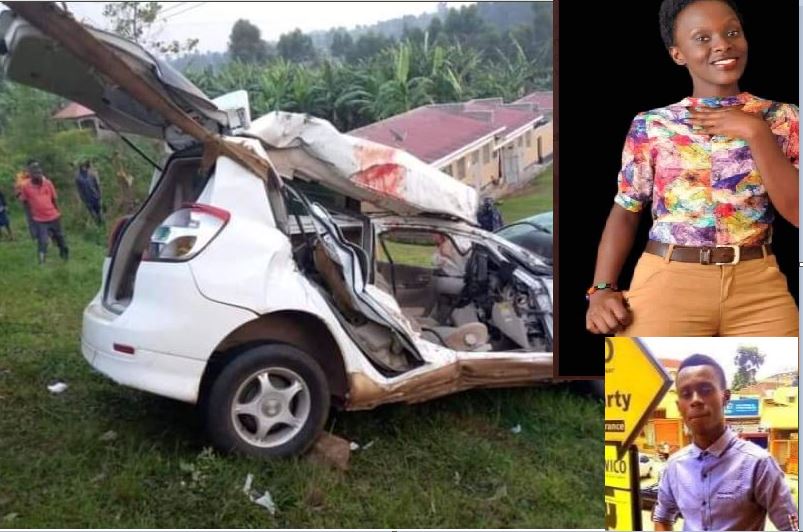 A popular Medic in Fort Portal Municipality, Kabarole District, who was a renowned footballer in Tooro sub-region, perished with his lover in a terrible accident that occurred along the Kamwenge- Fort Portal Road on Sunday morning.

Esther  Kahunde Akiiki and Nimrod Bagonza Araali, who were reportedly traveling from Kamwenge to Fort Portal, died after  their vehicle, a Spacio, lost control and overturned several times, mangling them in the process.

The two, according to friends, were childhood friends who later turned lovers. They studied together at Kibiito Primary School, then later hooked up at University before falling in deep love.

Bagonza was the team captain for St. George Clinic in Fort Portal, while Kahunde was his ardent fan and team supporter.

By press time the traffic police in Fort Portal were yet to reveal what had caused the nasty accident, although investigations into the matter were still ongoing.