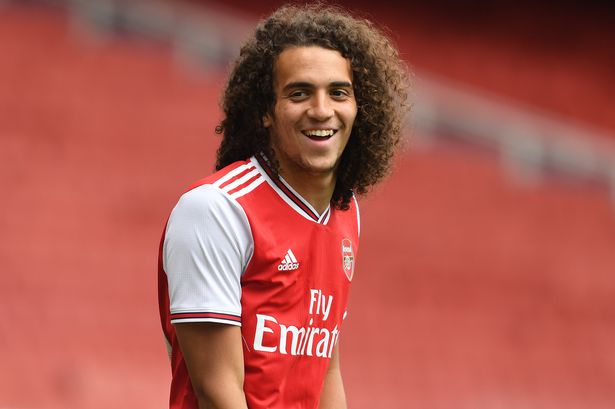 Matteo Guendouzi wasn’t around for Arsenal’s FA Cup victory on Saturday evening, or the celebrations that came after, but the Frenchman is now enjoying his holidays.

The midfielder was an important part of the Arsenal first team early in the season but hasn’t played since his altercation with Neal Maupay at the end of the loss against Brighton back in June.

He wasn’t even in the squad for the win against Chelsea at Wembley in the final on Saturday and he’s finally broken his silence, after not appearing in the post match celebrations.

Posting on Instagram he put up a picture on his story from his holiday, and it looks pretty good in fairness.

Despite the falling out with the manager, that has seen him miss out on the game and several matches prior, Mikel Arteta still mentioned the 21-year-old after the win.

Talking about Guendouzi and Mesut Ozil, who was also missing from the squad, Arteta said, “They’re all part of it [the success]. We don’t have here Matteo and Mesut but they’re a big part of it because they all contributed in here.

“They all should be a big part of it. All of them contributed to this trophy.”

Guendouzi is expected to be sold in the summer and could be used as part of a part exchange deal for another midfielder, with the Gunners linked with two such deals.

According to one report the north London side could use their wantaway player to beat local rivals Spurs to the signing of Philippe Coutinho, with a £9 million deal, with the two midfielders swapping places, a possible summer move.

Another rumour has seen the former Lorient man linked with Atletico Madrid, with Thomas Partey coming in the opposite direction, whilst Juventus are also reportedly interested.

The France under-21 player made 24 appearances in the Premier League for the Gunners at the beginning of the season but hasn’t played since June 20th.

During the loss to Brighton he clashed with Maupay, after the striker first clashed with Bernd Leno and then scored the winning goal, with claims Guendouzi mocked the Seasiders’ players for their wages.