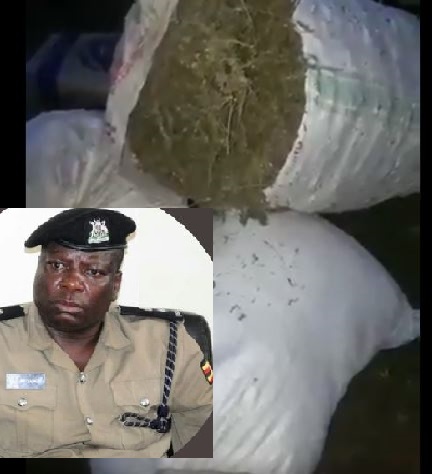 There is massive outcry among several members of the public after the Uganda police announced on Saturday that it had seized several sacks of marijuana which were being driven to Kampala on a truck during this ongoing  Coronavirus (COVID-19) lockdown.

It all started when Police spokesperson Patrick Onyango  announced on Twitter  that police had   seized sacks of marijuana which were being transported on a truck  that was carrying some foodstuffs.

Onyango tweeted thus; “Our Police Officers at Kakiri Police station stopped a truck that was   disguising as carrying food stuff, they were stopped at a check point and after a thorough search we got marijuana.”

However, immediately after reading the tweet, many concerned Ugandans replied Onyango by expressing their displeasure at the act and wondering how insensitive the police can be.

But the police did not reveal how many suspects they had arrested, if any, during the operation that has since left many Ugandans unhappy.

Here are some of their tweets in reply to Onyango;