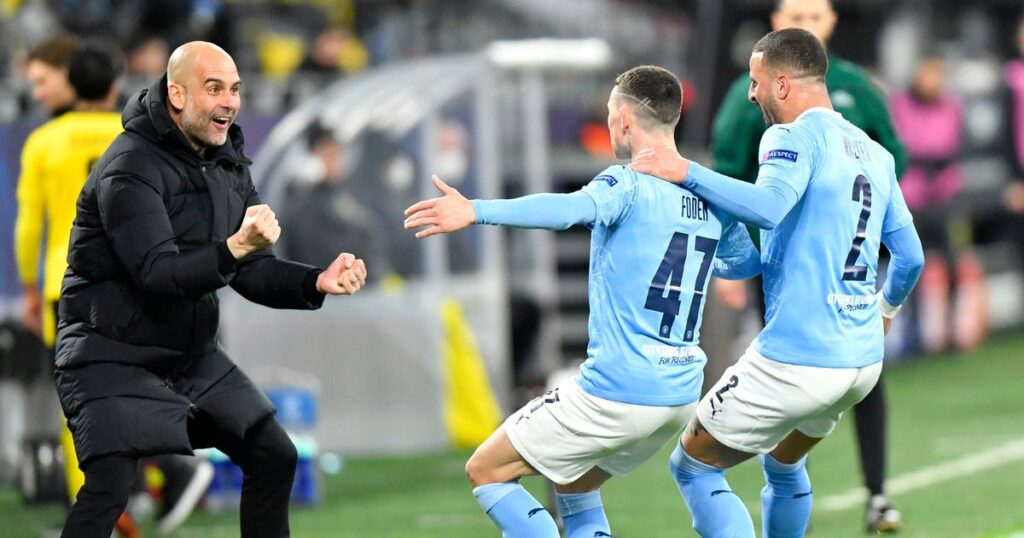 The Blues clinched their third league title under Pep Guardiola after Leicester beat Manchester United on Tuesday night, meaning it became mathematically impossible for any side to catch City at the top of the table.

It’s been another remarkable season for City and they’ve delivered some outstanding performances this term on their way to clinching the Premier League trophy, overcoming a lacklustre start to climb up the league table in swashbuckling style.

There have been numerous memorable results this campaign, but City’s dominant 3-1 win against Chelsea in January had them believing it was their year, while their emphatic 4-1 defeat of Liverpool at Anfield in February put them on the path to glory.

Those two results are just two wins among many special moments, and of course, there have been inspired individual displays in this Premier League winning season, with Guardiola’s players consistently rising to the challenge whenever asked the question.

The signing of Ruben Dias has proved to be a masterstroke, with the centre-back almost single-handedly transforming City’s defence.

Ilkay Gundogan, Riyad Mahrez and Kevin De Bruyne have also taken centre-stage this season, although there are too many City heroes worthy of praise to list, which is a testament to this outstanding team that has evolved with seemingly every game.