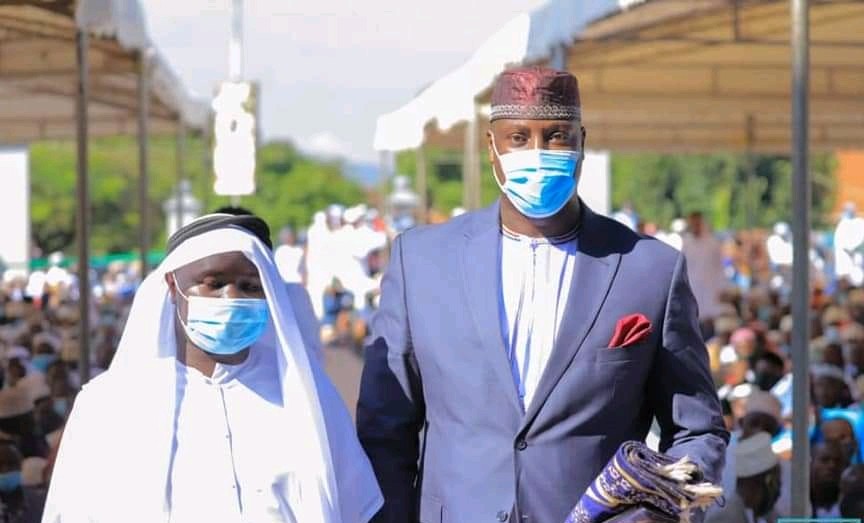 Prince Kassim Nakibinge, the head of the Muslim sect in Kibuli has asked authorities to use their constitutional prerogative to serve all Ugandans not just a select few.Nakibinge was  speaking at his residence in Kibuli where he is hosting a number of Muslim clerics and leaders to celebrate eid day.
While speaking before the congregants, Nakibinge recollected that the country has just gone through an election where some people emerged winners and others lost slots of leadership.

He also asked government to release all political prisoners as the season ends as part of exercising mandate and good leadership in the country.
“I have said it here before, you cannot dictate whether people will love you. Neither can you dictate on who they should love,” Nakibinge said.
He however asked all people to abide by the law and also follow all directives put in place during this Covid 19 period to ensure that the pandemic doesn’t kill more people.
Celebrations were attended by several dignitaries including the Kampala Lord Mayor, Erias Lukwago, several clerics, cultural leaders and University Dons,
Prince Nakibinge also cautioned the UPDF against beating and harassing the media in the country.