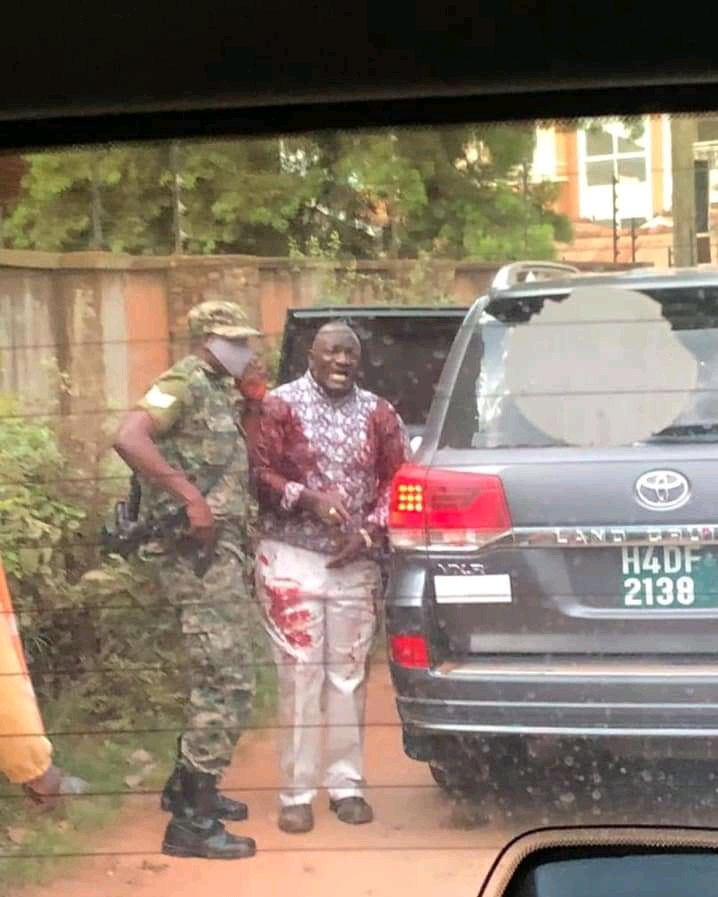 Unknown assassins have shot Minister of transport, General Katumba Wamala, and his bodyguard who died on the spot,

However general Katumba has been rushed to the Nakasero hospital for further treatment.

The incident happened in the area called Kisota next to Kulambiro in the outskirts of Kampala city, He was riding from his home Uganda police have sealed off the crime scene.

Reports indicate that 4 unknown armed assailants were riding on 2 black motorbikes shot at his convoy, according to eyewitnesses.

Katumba was riding with the daughter, driver and bodyguard.

We will give the details later.