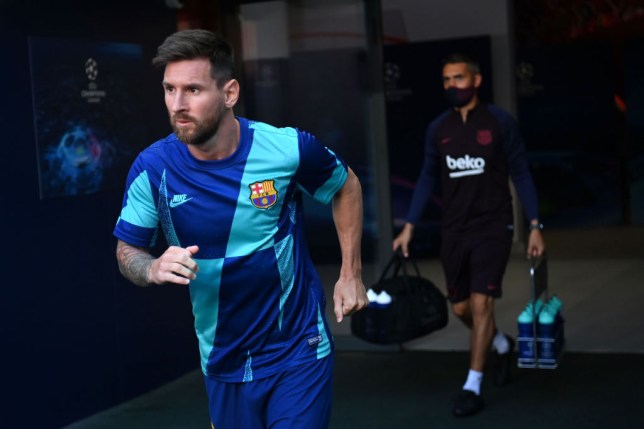 Lionel Messi has told the Barcelona board he will not return to the club or train after signalling his intent to leave the club.

Lionel Messi has four transfer options as Barcelona star refuses to train The Argentina talisman sent a fax to the club hierarchy on Tuesday informing the club of his decision and is hopeful he can leave on a free transfer.

Onda Cero Radio claim Messi has told the club he will not make himself available for coronavirus testing this weekend and will not return to the club’s training base. La Liga is set to kick off on 12 September, but Barcelona will not return to action until the third week of fixtures due to participation in Europe.

Barcelona will fight Messi’s efforts to leave the club on a free transfer and insist the date for the 33-year-old to trigger that clause in his contract expired in May. Messi’s lawyers believe the date can be extended after the 2019/20 season was rescheduled due to the coronavirus pandemic. There is a £632million release clause in Messi’s contract and Barcelona chiefs insist the playmaker cannot leave for anything below that figure.

It is unclear which club could afford Messi at that price, but there are four sides mentioned by Onda Cero Radio as possible destinations. French champions Paris Saint-Germain, Antonio Conte’s Inter Milan and Premier League clubs Manchester City and Manchester United are all credited with an interest. Messi’s decision comes eleven days after the humiliating 8-2 defeat to Bayern Munich in the Champions League.

Barcelona sacked head coach Quique Setien and sporting director Eric Abidal in the wake of the loss and Ronald Koeman has already been appointed in Setien’s place. Messi has spent almost 20 years at Barcelona, winning six Ballon d’ors and ten La Liga titles. But the Champions League has been a constant source of pain for Messi in recent years and Barcelona’s captain is furious with president Josep Bartomeu. Messi does not believe the club can move forward until Bartomeu has left his post, with Barcelona presidential elections set for next March.