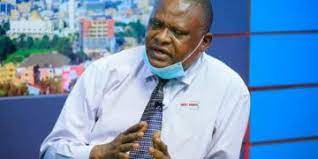 A section of the National Unity Platform (NUP), led by Moses Kibalama will soon be opening its offices in Rubaga division.

Paul Ssimbwa who claimed to be the faction’s secretary-general said the delegates sat and everything was resolved according to the party constitution.

He said that the NUP leadership headed by Robert Kyagulanyi Ssentamu alias Bobi Wine should accept the changes in good faith.

“There is a challenge and I want you to remember very well that NUP metamorphosed from NURP and it is not true that Kyagulanyi changed the name of the party. He only became a flag bearer within the time,” he told The Nile Post during a phone interview.

He explained that in the party constitution it is clearly stated that delegate conferences shall be held every two years and that is what happened and they should not be misinterpreted.

“It is very unhealthy for people to come in leadership in the party they found there and they want to run it the way they want. It is us who ushered them to the party. I was the secretary-general when they came,” he said.