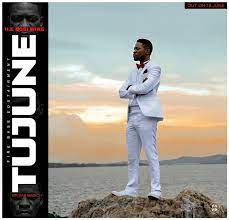 Robert Kyagulanyi alias Bobi Wine has asked God to rescue Ugandans from enemies he claims have mistreated them for a long time, in his new song entitled “Tujune”.
Tujune, translated as ‘’help us” was produced by Sir Dan Magic and video shot by JahLive. Released on Sunday, the song has already enjoyed massive airplay and viewership and has so far garnered 109,000 views on YouTube.
In the song, Bobi Wine asks God to show his power and punish the enemies he claims are causing suffering to Ugandans.
Whereas he does not clearly state who those enemies are, many suspect the song was aimed at president Museveni and his regime.
“I was in the ghetto and someone asked me if God was overthrown and we were not informed, if he’s still the one in charge of the heaven and earth. Then how comes that some people are undermining his will?” he wonders in the song.
Bobi Wine stresses that those that do good continue to suffer at the hands of those doing evil adding that such has brought doubt to so many and that even their faith has reduced.
He begs God to use the power he used in the past as stated in the scriptures, to show it now and break the shackles and chains that keep Ugandans in the hands of enemies.
“We treat them so well but they treat us so bad. Even when we show them kindness, they pay us back with pain. That’s why we ask you to help us to fight back oh lord so they can see your mighty power,” he sings.
Tujune is one of the many songs that the National Unity Platform (NUP) party president has previously outed, criticising the incumbent regime which has been in power since 1986. Other songs include Kyarenga and Ogenda.