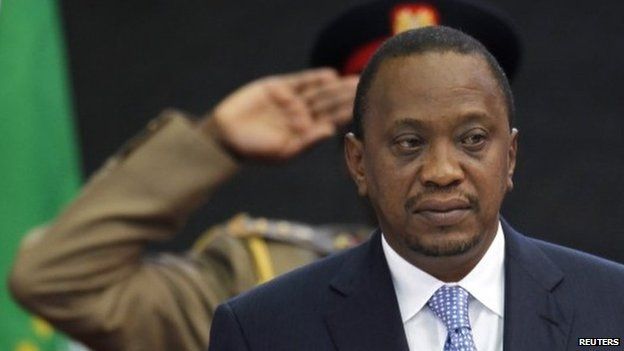 Kenya’s African Union (AU) peace envoy, Uhuru Kenyatta has called for a ceasefire in the eastern Democratic Republic of the Congo (DRC) where fighting has led to the loss of lives and property as well as mass displacements.

Kenyatta, the former Kenyan President who is also the East African Community (EAC) facilitator of the Inter-Congolese Consultations and Dialogue on the Restoration of Peace and Stability in eastern DRC said he was concerned about the escalation of conflict and humanitarian crisis in the eastern part of the country.

“The EAC also condemns the escalating situation in parts of South Kivu and calls on all negative elements and armed groups to cease armed actions, voluntarily lay down their arms, and participate in the Nairobi Process and the National Disarmament and Demobilization Programme,” he said in a statement issued in Nairobi, the capital of Kenya on Sunday evening.

Kenyatta called on the parties to the current skirmishes to immediately halt their offensives, agree to a cessation of hostilities, allow for unhindered and sustained humanitarian access, withdraw and vacate from occupied areas and pursue a negotiated settlement through peace talks.

“The EAC denounces all violence against civilians and calls on all parties to recognize that there is no military solution to the conflict and embrace a peaceful means to the settlement,” Kenyatta said.

The eastern part of the DRC has been troubled for decades by multiple militia groups, particularly rebels of the Allied Democratic Forces and those of the March 23 movement (M23).

Faki and Sall also called for the normalization of political relations between the DRC and neighboring Rwanda.
On Saturday, the DRC government announced it has decided to expel Rwandan Ambassador Vincent Karega over Rwanda’s alleged support for M23 rebels. Rwanda denied the allegation.