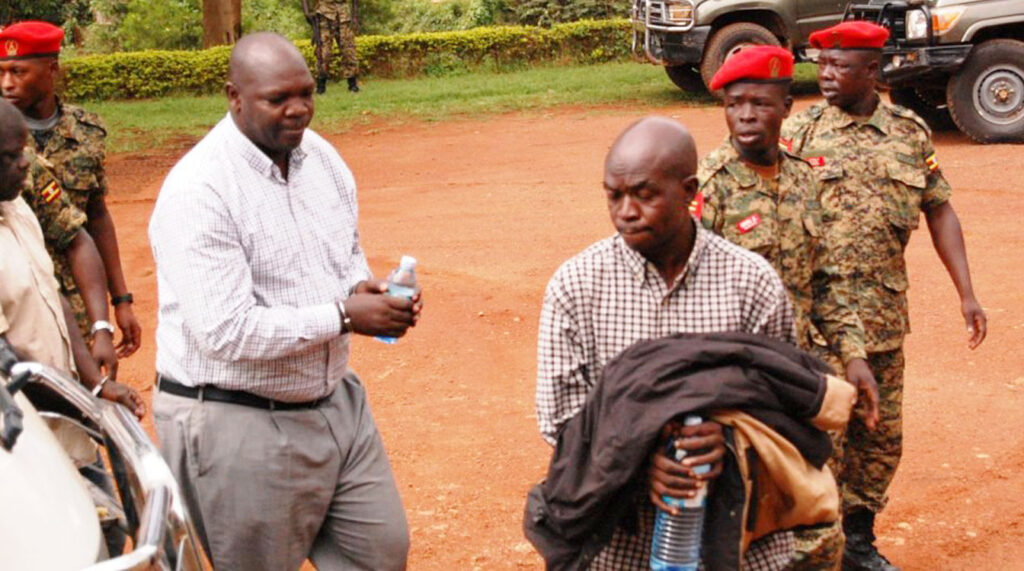 The General court martial in Makindye has granted bail to Senior Superintendent of Police (SSP) Nixon Agasiirwe, the former commander of Police Special Operations, having spent four years on remand.

Nixon Agasiirwe released on bail after four years on remand.

The General court martial in Makindye has granted bail to SSP Nixon Agasiirwe, the former commander of Police Special Operations, having spent four years on remand.

Agasiirwe, was former police chief Gen Kale Kayihura’s Blue eyed boy and he was arrested by the army in 2018 and detained at Makindye barracks.

He has on several occasions made attempts to have him released on bail but all were futile until today, Monday when the army court finally allowed him to have temporary release.

“This court finds merit in the application and grants bail to the applicant,” Gutti said.

The general court martial issued several conditions to follow, He was told not to go beyond the two districts of Kampala and Wakiso, to report to court twice a month after every two weeks.

In bail application, Agasiirwe told the army court that it is his right to apply for bail and that he had spent a long time on remand and hence the need to be released temporarily.

He presented three sureties who among others included his brother Aloysius Muhangi and Laban Muhabwe, a retired senior police officer.

Agasiirwe faces charges related to the kidnap and repatriation of Lt.Joel Mutabazi , a former bodyguard to president Paul Kagame back to Rwanda in 2013 among other charges with eight other police officers, his co-accused have long been released on bail.

On 25th October 2013 at Kamengo, in Mpigi district along Masaka road, the accused using a pistol and grenades abducted Lt. Joel Mutabaazi and Jackson Kalemera whom they took back to Rwanda contrary to the Penal Code Act.