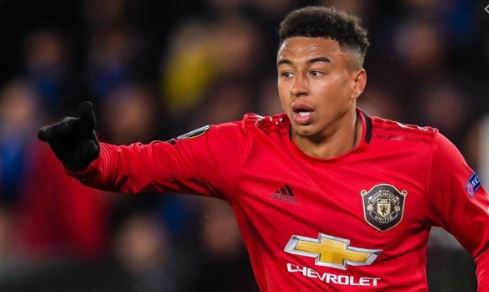 Lingard netted United’s second goal against Leicester City on Sunday as the Red Devils sealed third place and a place in next season’s Champions League.

The 27-year-old has been hit by personal issues off the pitch this season and he addressed fans on social media, stating he ‘lost himself as a person and a player’ earlier in the campaign.

“Im starting with the man in the mirror im asking him to change his ways, he begun.

“This season has been difficult for so many reasons.

“I lost who I was as a player and person, but I never wanted to give up, I knew who I really was on and off the pitch and knew that having been there before I could get there again.

“This meant working harder than I’d ever done before and trusting in those around me that they knew how to best help me achieve that.

“I know the fans have been frustrated but in all this time my love for this club and everyone connected to it has never left me.

“This team, this club is my family and I will continue to keep working harder than ever to help this team achieve its goals. #MUFamily.”

Lingard discussed his struggles earlier this season, explaining he had to look after his younger siblings after their mother fell ill.

“I wasn’t performing and he was on me all the time. He [Ole Gunnar Solskjaer] wanted more from me,” he told Daily Mail.

“So I felt it was best to get everything off my chest and tell him why my head wasn’t right. So I knocked on his door.

“…When I came on the manager said to me, ‘Just go on and play with a smile and enjoy it.’ To hear that gives you confidence. He knows what kind of character I am. I need to be smiling.

“He has just told me that everything will be OK. Maybe I just needed someone to say that.”

Lingard has been linked with a move away from Old Trafford this summer and is reportedly now a client of Mino Raiola.

The England international has been at United for his whole career and made his first team debut in 2014.

He’s gone on to win the FA Cup, League Cup and Europa League as well as represent England at the 2018 World Cup.

Do you think Jesse Lingard still has a future at Manchester United?