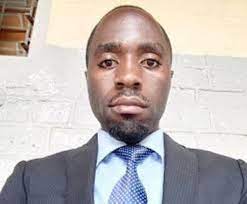 As usual, President Museveni has hidden his head in the sand like an ostrich and assumed that he has sorted the teachers’ crisis as he waits for another crisis to emerge. Not so long, he was in Teso, Kalamoja, Lango and Acholi dealing with cattle rustling. It was so intense that for the first time in history he delegated Prime Minister Nabanja to preside over the Hero’s Day celebrations. Not very long, he was sorting the murders in greater Masaka to mention but a few.

In all these crises, Museveni has been successful because he has applied militarism just like he did for the locusts and floating islands, his army did a good job. Ours is a President of crisis management because he has ruined the country and handed it over to the dogs!

Of course the military will not sort the economy nor will the so-called scientists do, perhaps that’s why he has given up on it and left Ugandans to fate. So where is the problem and where is the solution?

American pastor and author John Maxwell made it clear that everything rises and falls on leadership. Indeed when a leader doesn’t solve the problem, the problem becomes the leader and the leader becomes the problem. The crisis that Uganda permanently finds itself in is caused by lack of leadership, not lack of scientists!

Our teachers have been undergoing a strike for two weeks, not because of scientists but because of a lack of good planners or leaders. If the President was a good planner, he wouldn’t have increased salaries of one section of public servants by 300 percent leaving the others moreover in the middle of a financial crisis and then expects the aggrieved to keep quiet! If he was a good leader (who listens) he wouldn’t have forced teachers to class without handling their grievances! If he was a leader with good planners he wouldn’t have thought that sciences begin in secondary and not primary or that he could have sciences without English.

In thinking that he will create scientists out of schools that have no laboratories, the political scientist in Museveni failed to apply systems theory’s principle that “the whole is greater than the sum of its parts”. It is not possible to pull one part of the system forward leaving all other parts in the same system behind.

It is Museveni’s disrespect & continued detest for humanity professionals that 90 percent of his government programs have failed to bear fruits; from Entandikwa, to NAADs, Youth Livelihood programs, NUSAF 1 & 2, UWEP, OWC, Emyoga etc, have all hit a dead end.

At the beginning of this political term while appearing on Dream TV I forecasted that this term as Museveni grows older, weak & senile, he would be like an old truck or trailer that gets a breakdown in the middle of the road and it blocks vehicles from either side from proceeding with their journeys and that’s exactly what is happening.

Because he has done away with all his comrades and age mates who would have advised him genuinely, he is surrounded with young sycophants who either look at him as a mentor & parent or thieves who are taking advantage of him to steal, none of these can give him genuine advise except leaving him to mess the country as they loot. He is now like a naked king who is being cheered by everybody around him and cannot figure out who is cheering and who is laughing at him, it’s a pity for Uganda.