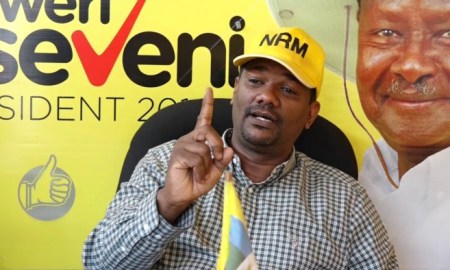 Kampala Rice King, Salim Saad Uhuru from National Resistance Movement (NRM) has been announced as the winner of the Kampala Central Division Mayor seat after a tough election that saw him gather 13k votes.

Uhuru is the first NRM candidate to defy NUP wave in Kampala District and He told reporters that he is honoured to have been voted by Kampala central voters including NUP supporters.