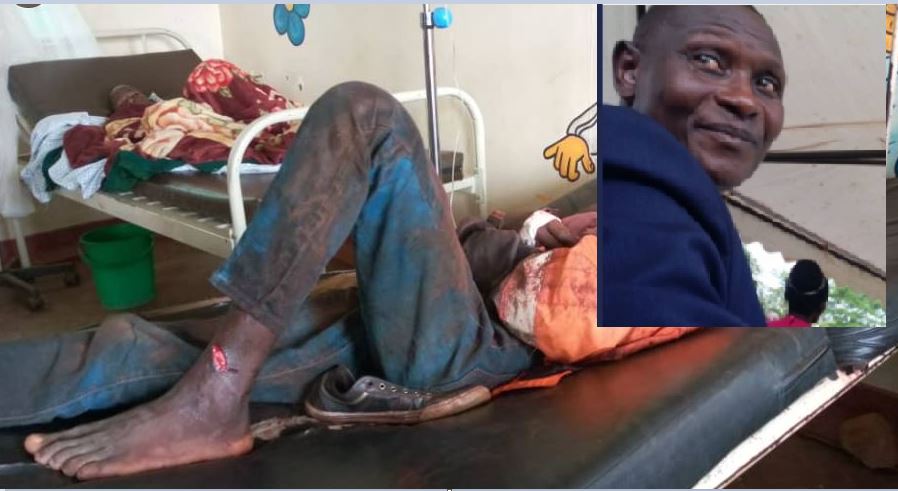 The police in Mukono have arrested one suspect and are hunting for two others for killing a special hire driver in Seeta, Mukono District on Wednesday, before stuffing the body in the car trunk.

The deceased identified as Batte Christopher, 58,  by the police in Seeta, a resident of Nyenje,  was special hire driver  at Seeta stage.

The suspects allegedly hired Batte to drive them to Bajjo village. While at Bajjo, the suspects strangled and stabbed the victim five times on the head and three times on the right hand and leg.

They then bundled him in the trunk of his vehicle registration number UAY 765H Toyota Premio white in colour.

“As they were driving the vehicle away hastily, it got stuck and they had to call people around to help push it back onto road. It was then that people saw blood seeping from the car trunk and asked them what they were carrying, but the suspects didn’t give clear answers.

On opening the car trunk, the body was discovered and immediately the mob attacked the suspects, injuring one while two escaped in the confusion (a man and a woman). Police is hunting for the suspects, the vehicle was also damaged in process of the mob action,” said Owoyesigyire.

He noted that Batte’s body was later driven to Mulago Hospital mortuary for postmortem as investigations into the matter continue.

Police was later informed of the occurrence and went to the scene where it rescued one male suspect and rushed him to CPR a medical Centre in Mukono town for treatment pending interrogation.

“A knife and rope were recovered in the vehicle. Body taken to Mulago for postmortem. Inquiries are still ongoing,” added Owoyesigyire.

However, the incident comes barely two months after another Uber taxi hire driver was killed in the neighboring Kayunga District in July this year.

Mathias Yiga, a resident of Najjanankumbi, a Kampala suburb, had been operating as an Uber taxi hire driver at the Ndeeba Stage in Kampala.

The 38-year-old driver was gruesomely killed and his body dumped on the road side in Bbaale village, Kayunga District on July 24.

John Lukooto, the District Police Commander, said three men, with one allegedly known to Yiga, approached him at the stage and requested to go to Kayunga to buy a piece of land.

“However, when they were leaving Gayaza Trading Centre, one of the suspects asked Yiga to help him drive the car. The suspect then started driving towards Kayunga and they murdered him a long the way,”  Lukooto said one of the suspects told the police detectives.

We shall keep you updated about this horrible crime as police updates  come in.