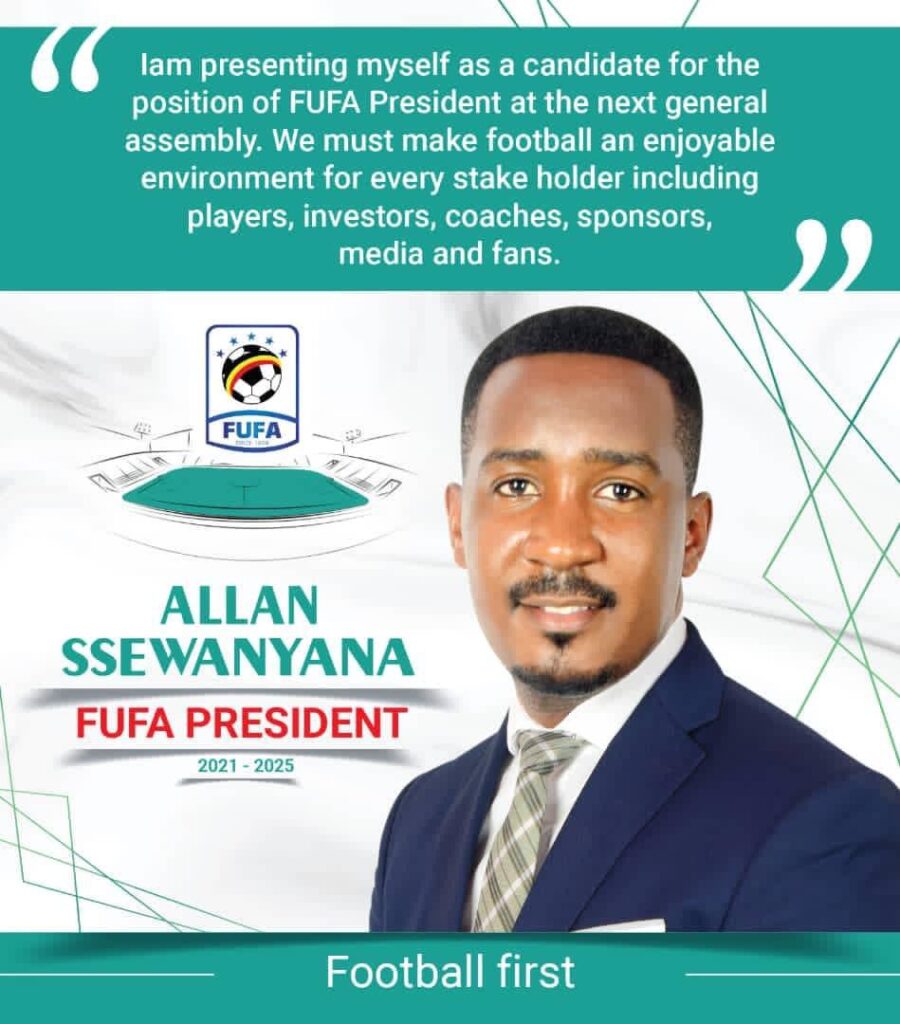 Hon Allan Ssewanyana has entered the race to become the next Federation of Uganda Football Association (FUFA) President.

Ssewanyana has just made the official announcement on Monday at his offices in Makindye. His announcement comes in the wake of Moses Magogo’s confirmation that he will return for the third term.

“I am presenting myself as a candidate for the position of FUFA President at the next General Assembly. We must make football an enjoyable environment for every stakeholder including myself, players, investors, coaches, sponsors, media and fans,” Ssewanyana told Journalists.

commonly known as ‘Omusajja wa Bwino’, Ssewanyana an elected Member of Parliament for Makindye Division West saw his bid eliminated on technicalities in the 2013 elections.