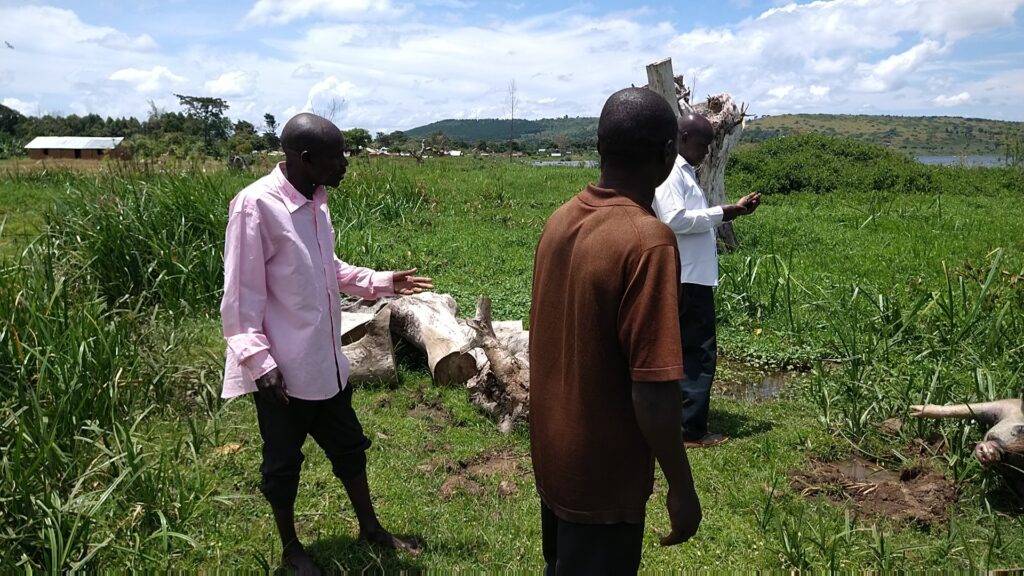 Two men Suspected to have stolen a pig from a resident drowned in the lake while trying to flee an angry mob on a canoe with their loot.

The suspects are identified as Maiso Waicha Abdallah and Badaaza Peter, both residents of the same landing site.

When these two men walked and un tied the pig and put it on the canoe, then the owner of the Pig Okwalinga Sam started chasing them while making alarm which attracted other residents, the men tried to quickly sail away to an unknown destination the canoe capsized and both drowned with their Pig.

The residents in jubilation said for all along they have been complaining about these two men.

” We have been losing our properties like boat engines, fishing nets, and animals. The key suspects were those men but the leaders did nothing” said one of the residents.

The residents still put the blame on the government which has totally neglected the people working on the lake.

“Government deployed heavily on the lake and we are not allowed to go and fish. Whoever goes in the lake is brutally arrested. We have no work, that’s why the crime rate is on the rise on landing sites”

According to Naomi Katono, one of the deceased Waicha Abdallah had a loan of one million, he was supposed to deliver his monthly deposit today and he had no money, Naomi suspects that it was due loan pleasure that lured him to steal.

Okwalinga Sam, the theft victim, protested that the relatives of the deceased should first pay him for the lost Pig. because he had plans to sell off his pig so that he can take back his children to school.

Frida Namyalo the Mpunge sub county chairperson, asked the government to involve fishermen in government programs like Y.L.P to enable them to do some other businesses rather than depending on fishing activities.

Meanwhile, police in Mukono have started to investigate the matter.