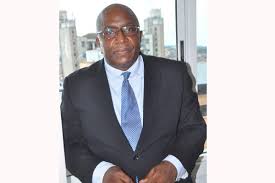 The Inspectorate of Government (IG) says National Unity Platform president Robert Kyagulanyi aka Bobi Wine needs to declare how he acquired his bulletproof car by close of March 2021.

Bobi Wine unveiled his ‘armored’ vehicle at the weekend, attracting attention from the public and government.

He says it was a donation from his supporters.

“There is another group of comrades who kick-started a fundraising campaign for a bulletproof vehicle. These comrades informed me of their plan, but I thought it was an uphill task, given how expensive it is,” revealed Bobi Wine.

“A few weeks ago, these comrades surprised me when they informed me that they had succeeded in raising enough money for the vehicle, and here it is. I can’t thank you enough.”

But deputy Inspector General of Government (playing IGG role in acting capacity)  George Bamugemereire says, like other leaders, Bobi Wine must declare the vehicle and the source of the money that bought it by March 31.

“People acquire property all the time, you know, and they have many ways – some have businesses. All we require of leaders is that come March 31, please declare the assets, income and liabilities that you have acquired or assets that you have disposed of,” Bamugemereire told reporters in Kampala on February 24.

“That issue will be an issue after March 31 because all leaders are required to do now is to declare. What assets they acquired and how they got it. So I think that discussion should be conducted in April. If you have any leader in mind, me I don’t any.”

Although Bamugemereire sought to mince his words, Leadership Code Tribunal director Annet Kyakunda Twine revealed Bobi Wine must explain the source of the money that bought the car.

“What is provided for under Section 10 of the Leadership Code Act is that every leader, if you receive a gift in the course of your duties, you declare it there and then and they don’t give a time limit. So this leader who continues even to be a leader as the head of a political party is going to fill a declaration up to 31st March,” said Twine.

“So we are going to wait until he has submitted his declaration and then we shall see how he explains how he acquired the sources of income. If it is a donation, there is a provision in the form where you declare such property and explain the donation and where it came from.”

The Leadership Code Act 2002 requires leaders to declare their wealth at given periods.

The act also requires leaders — right from LC3 chairpersons and their deputies to the President — to declare gifts and donations.

Gifts valued at 10 currency points (equivalent to 200,000) should be declared as soon as they are acquired, according to the law.

If Bobi Wine fails to account for the car, the IGG will declare it government property.