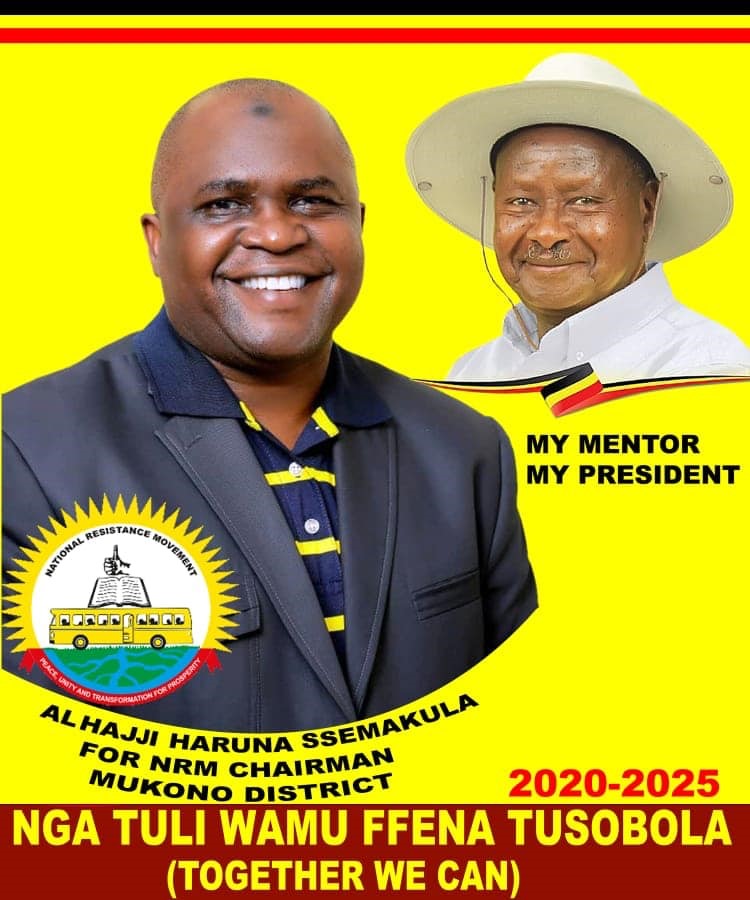 Hajji Ssemakula, who is  one of the prominent businessmen in Mukono District, was competing with the incumbent Andrew Senyonga for the NRM flag bearer ahead of the 2021 general election.

Ssemakula trounced Senyonga after polling 42,878 votes against 9678, thereby winning his opponent with overwhelming support from the NRM voters in Mukono District in the polls held last Friday.

After winning the primaries, Ssemakula is now warming up to contest against any candidate  who will be fronted by the opposition  next year when time for election comes.

He is however likely to battle for the position with Dr Bakaluba Mukasa, who will be contesting on Bobi Wine’s National Unity Platform (NUP) ticket.

Ssemakula recently donated 15 motorcycles for the sub-county NRM chairpersons and revealed that he will construct boreholes to ensure that people in Mukono District have access to safe water.

He revealed that once elected mayor, he is  ready to construct 62 boreholes, ensure roads and other infrastructure are improved to acceptable standards, on top of helping all families in villages around Mukono to have access to affordable electricity.