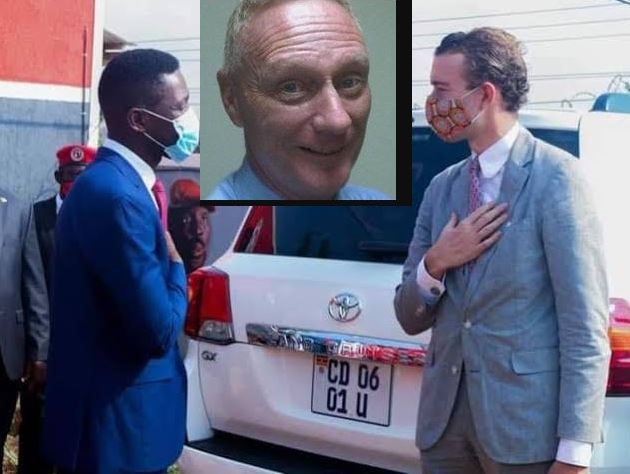 The government of Uganda appears to have embarked on a move to deport all heads and foreign officials of several Nongovernmental Organisations (NGOs) in Uganda suspected to habour support for National Unity Platfrom (NUP) presidential candidate Robert Kyagulanyi aka Bobi Wine.

According to media reports, at least two heads of United States and European Union funded non-governmental organisations in Uganda have been deported in the past few days over accusations of pursuing and or supporting an agenda for regime change.

The first person to be deported was Mr  Simon Osborn, who was picked up from his apartment in Nakasero in Kampala, detained briefly and later bundled onto a plane back to his home country.

Osborn had worked in Uganda for seven years as country director of the National Democratic Institute (NDI), a United States-based organisation that promotes democracy across the world. NDI is aligned to the US Democratic Party.

Also a Kenyan national, Isaack Othieno, who had taken over as the acting Head of the International Foundation for Electoral Systems (IFES), a US-based NGO that engages in advancement of democracy, has also since been deported under unexplained circumstances.

Othieno was reportedly picked up from Sheraton Kampala Hotel where he had been staying temporarily, bundled onto a police vehicle and driven to Busia border, before being declared Persona Non-grata in Uganda.

Some of those whose return was blocked are Mr Marco Deswart, Ms Roseline Idele and Ms Lara Petrivevic.

Deswart, who heads election programmes at the Democratic Governance Facility (DGF), was reportedly barred from returning to Uganda in July.

He  was reportedly informed of his fate through the Netherlands’ Ministry of Foreign Affairs that Uganda considered him a persona non-grata.

Ms Idele, who is the acting Country Director of NDI in Uganda, had reportedly been at the front of supporting programmes to strengthen democratic institutions. She was also blocked from returning to Uganda.