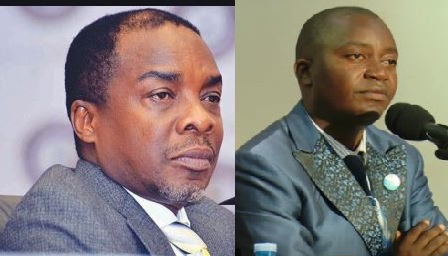 The government of Uganda is grappling with a Shs182Bn  compensation that was awarded to a city pastor, who was barred from mining sand in Lwera wetland after securing a license from the same government.

The Attorney General (AG) William Byaruhanga, last week appealed against the decision by the High Court to award Shs182 billion to a city pastor as compensation for cancellation of his sand mining permit in Lwera, Kalungu District.

The development came about last week after Kampala High Court awarded Pastor Daniel Walugembe, through his DMW Uganda Limited, compensation for loss of business and general damages for illegal cancellation of his permit for sand mining.

But in the Friday notice of appeal, the AG said he was dissatisfied with the May 20 High Court judgment and that the State had decided to appeal the judgement.

The AG said he would serve Pastor Walugembe the documents in regard to the appeal process.

Pastor Walugembe won the case in which AG was sued jointly with the National Environment Management Authority (NEMA) over breach of contract in regard to cancellation of his three-year sand mining permit.

The pastor claimed that in June 2015, he was granted a wetland resource use permit for sand mining on 69.6 hectares comprised in Kakwanzi Village, Kitti Parish, Bukamba Sub-county, Kalungu District, which was to run for a period of three years.

Accordance to the permits, DMW Uganda Limited contracted actuaries to ascertain commercial viability of the project and the same was rightly appraised, with the availability of massive sand deposits.

Court ruled that the projects were halted illegally and without justification thus causing the plaintiff enormous loss of business.

The court held that it was erroneous and illegal for the Nema Executive Director to consult Parliament to halt the permits held by DMW and that the reliance placed upon recommendations, pressures, and or directives of Parliament.

“From the well corroborated and unconverted evidence of the plaintiff, it is quite clear that the 2nd defendant erroneously and in breach of the plaintiff’s permit rights, halted the plaintiff’s sand mining activities with or under the directives of the Committee of Parliament on Natural resources without any justification at all,” the court held.