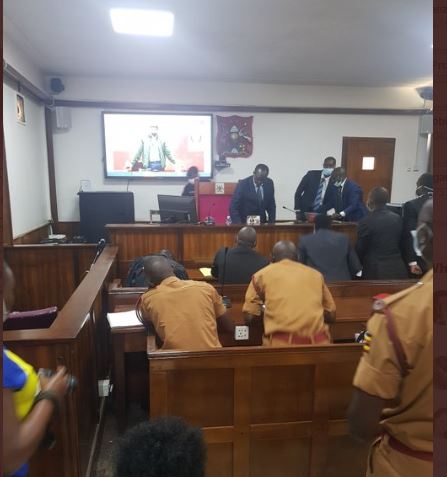 Gen. Tumukunde, who has been in  jail for 60 days after he was arrested on  March 12, 2020,  presented his wife, brother and business associate Mathew Rukikaire as sureties before  court granted him bail.

A 2021 presidential aspirant, Tumukunde is facing charges of treason and illegal possession of fire arms, following a raid at his home by security officers in March, during which they recovered several incriminating items, among them firearms.

He attempted to secure bail in April after presenting four sureties who included ; his wife Stella Tumukunde, Salaamu Musumba, the Vice chairperson for Eastern Uganda in the opposition party FDC, Gen Mugisha Muntu, the leader of Alliance for National Transformation party and his brother, Hannigton Karuhanga.

However, court rejected the sureties and instead tasked him to present sureties who are either at the same rank like his or those above the same rank, which became very difficult for him.

Tumukunde, however, wrote in his new application that he had failed to find anyone of his rank or above to stand surety for him.

So this time round, court accepted the sureties Tumukunde presented, who included his wife, brother and friend Rukikaire.

Tumukunde’s bail application was heard via video conferencing technology. Justice Wilson Kwesiga who had earlier denied him bail on account that the sureties he presented were not substantial reviewed his decision today.