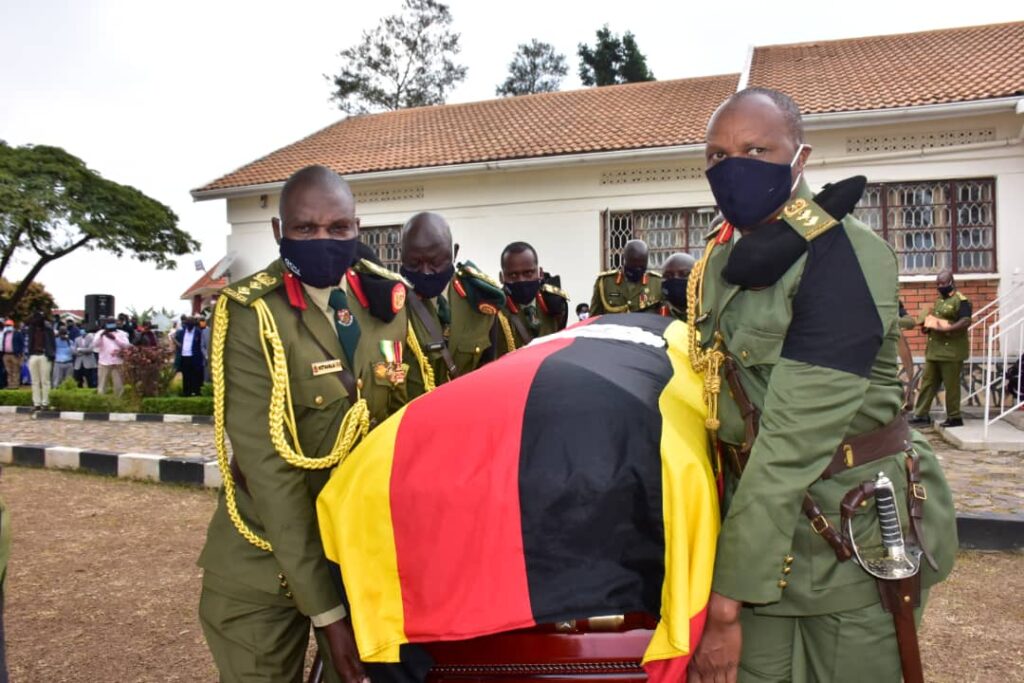 President Yoweri Museveni and Commander in Chief of armed forces has promoted the late Paul Lokech to the rank of Lieutenant General.
This was in his statement read to him by Internal Affairs minister Gen. Kahinda Otafiire at the burial, he said that Lt. Gen Lockech was due to Lokech’s great contribution to the country.
Museveni also hailed the former Police Deputy Inspector General for his bravery and integrity. He also promised to continue supporting the former IGP’s family.
Lt Gen Paul Lokech died, suddenly, on Saturday last week. The cause of death was revealed to be two blood clots in his lung and ankle caused by an injury he sustained about two weeks ago.
At the send off at Paipir Primary School in Padre district, was the former president of Somalia, H.E Sharif Sheikh Ahmed who laid a wreath on the casket of the former deputy police chief amid tight security
Archbishop Emeritus Luke Orombi prayed for the children of the late Maj. Gen. Paul Lokech.
An entourage of military officers and several dignitaries escorted former DIGP, Lt. Gen Paul Lokech’s casket for requiem mass as hundreds watch at Paipir Primary School, Pader District.
According to police, the exercise was done by a team of 4 pathologists in presence of Brig. Gen. Dr Kusasira Stephen, the Director Medical Services in the UPDF, the personal Doctor of the late Dr Khiingi Ben and two family representatives
“During the autopsy, the pathologists opened the right lower leg, which was injured, and found a very big blood clot that had formed in one of the big blood vessels.