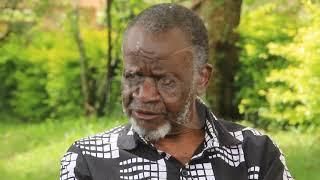 “He has been sick for about a month and I have been in touch with him until today when his wife, Thelma told me that he has died,” said Mr Oguttu

The family alleges that the deceased died of pressure related disease at a private hospital at Naalya.

Awori represented Samia-Bugwe North, Busia District in the Ugandan Parliament from 2001 until 2006. Awori was an outspoken opposition member of parliament for the Uganda People’s Congress (UPC) political party.

In 2007, he abandoned the UPC and joined the ruling National Resistance Movement and in turn he was awarded the ministerial position of ICT.

Awori was born on 23 February 1939, in Budimo Village, Busia District, near the Ugandan/Kenyan border as the tenth of seventeen children. His parents were Canon Jeremiah Musungu Awori, a pioneer African priest of the Anglican Church in East Africa and Mrs. Mariamu Odongo Awori, a nurse and community teacher.

Aggrey Siryoyi Awori 23 February 1939 was a Ugandan economist and politician who was Minister for Information and Communications Technology in the Cabinet of Uganda from 16 February 2009 to 27 May 2011.