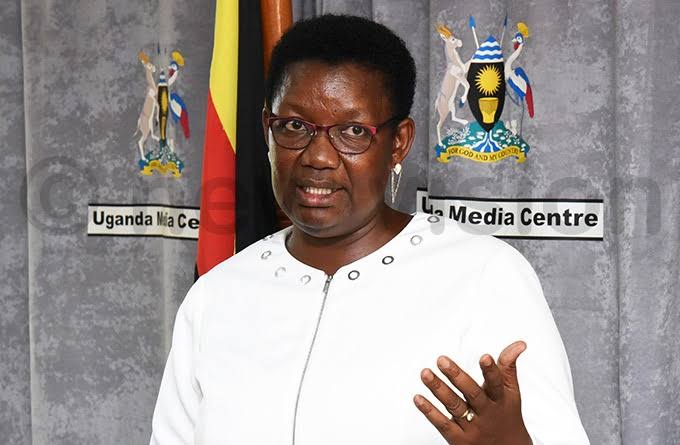 The Criminal Investigations Directorate (CID) has summoned former Presidency Minister, Esther Mbayo to record a statement over Shs 9 billion printing deal between Uganda Printing and Publishing Corporation (UPPC) and the Uganda Electoral Commission (EC).
In the run up to the 2021 polls, the EC contracted UPPC to gazette 2021-26 roadmap. The deal was worth Shs 9 billion.
However, it emerged that money exchanged hands causing a loss of about Shs 3 billion.
Since the probe began, former UPPC Managing Director Davis Tom Wasswa was arrested, quizzed and granted bail while EC Legal Head, Jennifer Angeyo was summoned to record statements.
This was after the CID intercepted Shs 600 million which was reportedly heading to an unknown destination.
However, the latest is that Mbayo has been summoned to appear before Ag. Cp Economic Crime and Financial Intelligence at the CID headquarters on 15 of September 2021 in respect to the said investigation (GEF 762/2021).
According to the summon, Mbayo will be quizzed for embezzlement and causing financial loss to UPPC between 2019 and 2021.