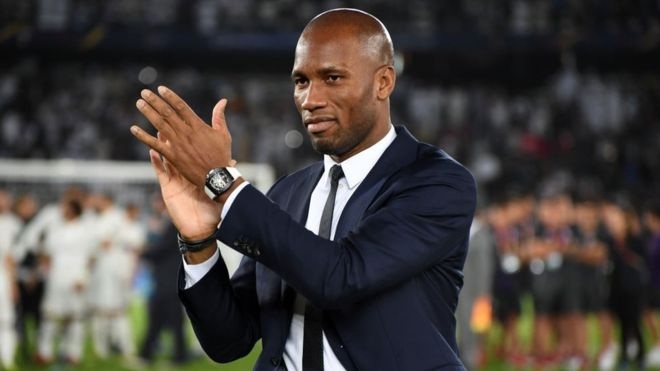 This is a harsh blow to Drogba’s FIF presidency campaign — upon officially registering to run earlier today, as this is the fourth out of the five eligible bodies to not sponsor the greatest goal scorer in the history of the national team.

The AFI statement reads;, “In accordance with the majority of its members, the board of directors has decided to grant the AFI’s sponsorship to the list headed by Idriss Diallo. This choice is in line with the recommendation made by two-thirds of the delegates at the end of last Friday’s meeting” said the AFI in a statement signed by its secretary-general Aruna Dindane, another former international.”

Diallo also has backing from The Coaches’ Association – as well as from the former internationals Bonaventure Kalou, Cyril Domoraud and Ahmed Ouattara, in the 5th  September election

In light of the recent disappointment, Drogba reiterated his platform;, “Our football is not… Our football is not going well, it’s no secret. That’s why my team and I are committed to the rebirth of Ivorian football.”

A sentiment shared by both many citizens at home and Ivorian players in Europe, who are worried about the current state of national football and are perplexed by the AFI’s lack of support for the retired player.

Joël Dolou, a fan of Drogba, showed up on the scene with dozens of others to make public his avid support for the star’s presidential candidacy; “We’ve come to offer our support because we’re not just going to limit ourselves to social networks. But to show everyone here in Abidjan, inside and the whole international community that we are indeed ready for him, we are ready for man, we are ready for Didier’s ‘Renaissance’ project.”

The Former Players’ Association and the Referees’ Association sponsor the league president, Sory Diabate, while The Coaches’ Association has also supported Diallo. However, there might still be hope for Drogba’s campaign as the Society of Football Doctors has not yet endorsed a candidate.