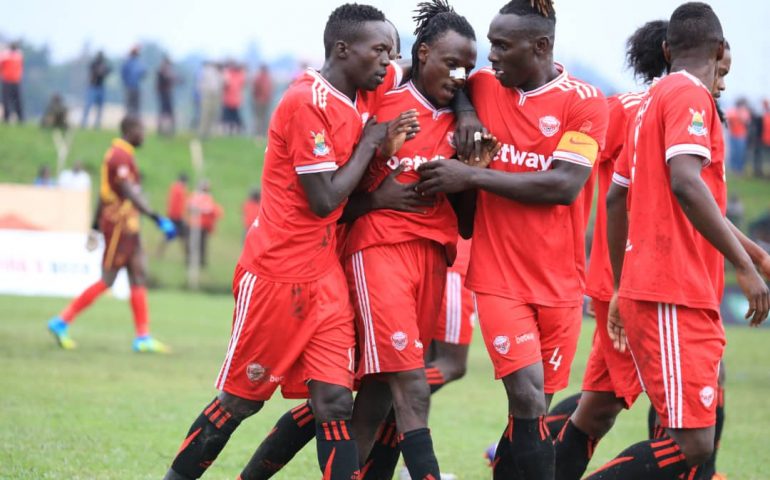 Express FC have promised fans they will work on their stadium ahead of the new Ugandan Premier League (UPL) season.

The Red Eagles have Wankulukuku as their venue for the home matches and the club has now promised to renovate it so as to create a conducive environment for the fans when the new season kicks off.

“Express have stepped up their bid to create a conducive environment for her fans by the time the Uganda Premier League kicks off in October,” revealed a statement on the club’s official website.

According to the club’s CEO Isaac Mwesigwa, the club will renovate the stadium, with emphasis on the drainage system, especially near the technical area and maintaining the playing surface.

“When I joined the club, we agree with the board and the stadium management that there are basic things we needed to have in place around the playing turf and as time goes by you will notice the changes and I’d like to thank the club board for the support,” Mwesigwa told the club website.

“We are also setting up our training ground just beside the stadium to conform to Fufa licensing standards, as a club we want to closely monitor proceedings from training to match day from the same facility.”

His sentiments come just a day after the club launched the sale of their replica jerseys ahead of the season.

“The pride of any football fan is owning a club jersey to identify with the team an initiative Express has undertaken offering fans the opportunity to look smitten,” the club said in another statement on their official website.

According to the club’s senior administrator Patricia Avebare, the launched promotion is aimed at giving back to the fans and encouraging the Red Eagle faithful to identify with the club.

The Ugandan top-flight is scheduled to start on October 17, 2020, pending clearance from the Ministry of health and President Yoweri Kaguta Museveni due to the Covid-19 pandemic.