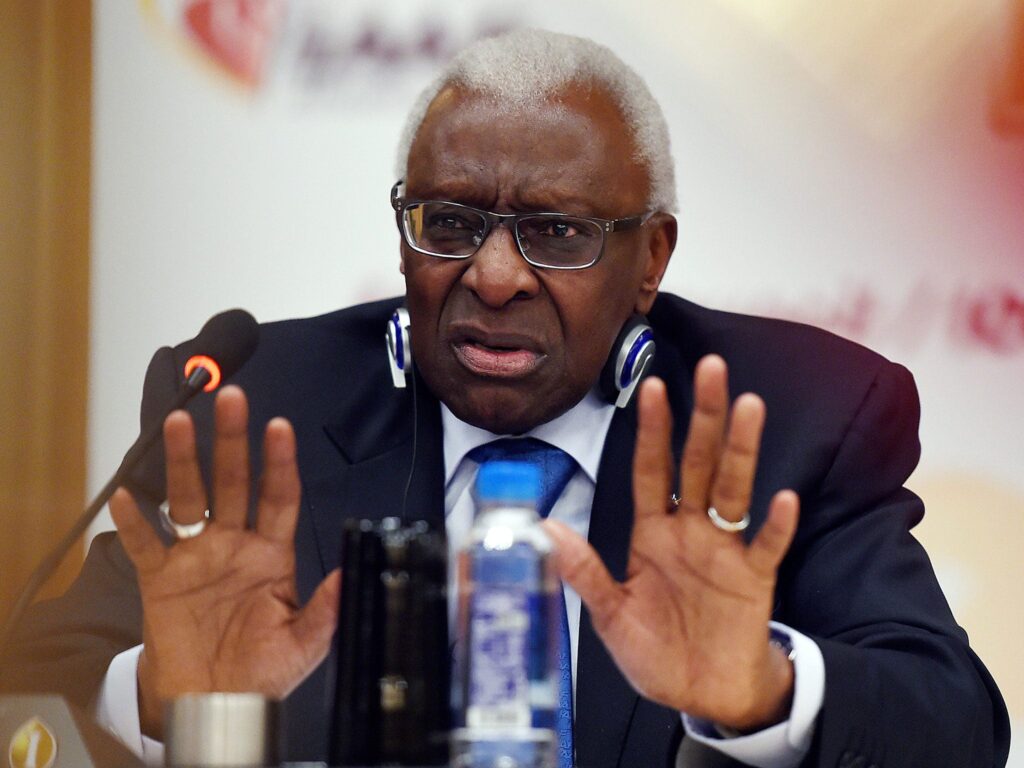 Court handed Diack four-year prison sentence, two years of which are suspended, and fined him almost $600,000.

Lamine Diack, the former head of athletics’ world governing body, has been sentenced to two years in prison after he was convicted of corruption in a Russian doping scandal.

Diack, 87, was found guilty on Wednesday of taking bribes from athletes in return for orchestrating the cover-up of test results that enabled them to continue competing, including in the 2012 London Olympics.

The court had heard how Diack solicited bribes totalling 3.45 million euros ($4.1m) from athletes suspected of drugs cheating and paid off other officials at the International Association of Athletics Federations to aid with the cover-up.

The presiding judge said the former long-jumper’s actions had “undermined the values of athletics and the fight against doping”.

Diack’s lawyers said they will appeal, which will keep him out of jail for now. One of the lawyers, Simon Ndiaye, called the verdict “unjust and inhuman” and said the court made his client a “scapegoat”.

The presiding judge in the court in Paris, Rose-Marie Hunault, said Diack was unlikely to go to jail.

“Given your age, you can expect conditional release,” she said.

Diack was once one of the most influential men in the sport, leading the IAAF, now known as World Athletics, from 1999 to 2015.

In his testimony, he acknowledged slowing the handling of Russian doping cases between 2011 and 2013 to save a sponsorship deal with a Russian bank and avoid public scandal. But he denied the corruption allegations.

At the heart of the corruption scam alongside Diack was his son, Papa Massata Diack.

The court sentenced Papa Massata, who fled France for Senegal after the French investigation began, to five years in prison and imposed a one-million-euro fine on him.

It also ordered both men to pay World Athletics five million euros in damages for breach of trust.