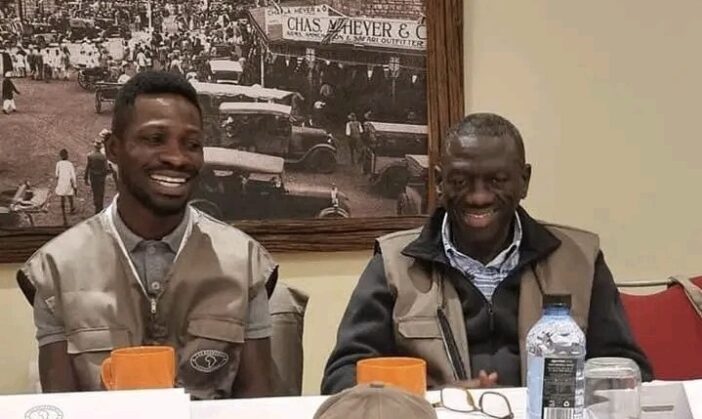 Former FDC president Dr Kizza Besigye and the leader of the National Unity Platform (NUP) Robert Kyagulanyi have congratulated Kenya’s president elect William Ruto after the Supreme Court upheld his victory.
Kenya’s Supreme Court on Monday dismissed the election petition filed by Raila Odinga seeking to overturn Ruto’s August 9 victory.
In a statement, Besigye congratulated Ruto for successfully going through the long and hard contest, asking God to favour him with the wisdom and strength to steer Kenya to greater heights and prosperity that’s shared by all.
“The highly competitive and closely fought Kenyan presidential election is finally over. H.E. William Ruto is conclusively the president elect. Congratulations also to H.E. Raila Odinga, George Wajackoyah and David Waihiga for offering leadership and fighting a good fight,” he said.
Besigye said greater applause should also go to the people of Kenya for having fought and ended a one-party dictatorship, enacted constitutional term limits for president and fought to uphold them; made a democratic constitution providing for strong and independent state institutions and decentralised power to 47 counties, among others.
“These achievements were made possible by the sacrifices of many people over a long period of time. That’s why Kenyans were able to have long peaceful campaigns and elections. Where disagreements arise, as happened in the outcome of the presidential elections, all parties were confident to seek Court’s intervention and to respect the outcome,” he said.
Kyagulanyi also congratulated Ruto for the victory.
“I congratulate the great people of Kenya on the journey travelled thus far. I also congratulate Rt. Hon. Raila Odinga, and appreciate him for his indisputable role in advancing democratic governance, not only in Kenya but in the entire region,” he said.