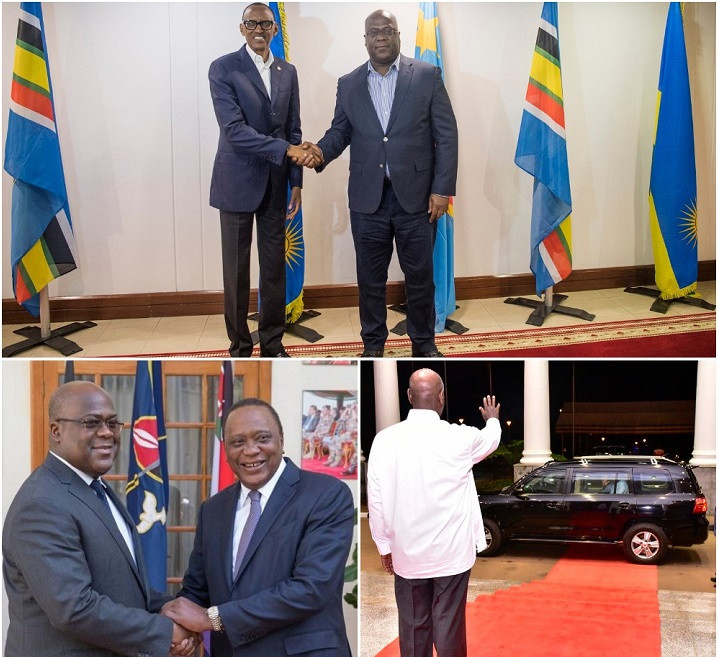 The Democratic Republic of Congo formally applied for admission to the six-member East African Community (EAC).

Congolese President Felix Tshisekedi this week wrote to his Rwandan counterpart Paul Kagame, who is the current chairman of the EAC, seeking to join the Community whose member countries are Kenya, Tanzania, Uganda, Rwanda, Burundi and South Sudan.

“This request follows the ever-increasing trade between the economic players of the Democratic Republic of the Congo and those of the states of the Community,” he wrote on June 8.

The desire of his government, President Tshisekedi observed, is to join the Community of regional leaders “so that we can work together for the development of our respective countries and stabilise this part of Africa.”

The President has been on a charm offensive in EAC since he assumed office in January this year as he seeks to secure and boost ties.

In the first three months of his presidency, he has visited Kenya, Rwanda and Uganda. He is currently in Tanzania on a two-day State visit which began on Thursday.

The AU envoy has been pushing for open borders, link roads and other shared infrastructure as a way to bring stability and dissuade communities from taking up arms.

“The engine of Africa sleeps in the DRC. With the new discovery of Inga 8 and 10, the project stands stipulated to produce 110,000MW of power. This asserts Inga as the number one energy project on the continent and we therefore must take ownership of the project as a continent,” Mr Odinga tweeted, after visiting the Inga Dam project in the Congo.

In terms of trade, DRC accounts for about six percent of total exports from the EAC countries.

DRC has a small coastline on the western side in Kinshasa and largely depends on the ports of Mombasa and Dar es Salaam for its imports.

Eastern DRC, which is plagued by militia groups and is currently fighting an Ebola outbreak that has claimed nearly 1,400 lives, shares borders with South Sudan, Uganda, Rwanda, Burundi and Tanzania.

Mr Tshisekedi is the first Congolese leader to take power in a peaceful transition and has promised bring stability to the country.

South Sudan was the latest entrant to the EAC, becoming the sixth member in 2016.

Somalia’s application for admission was frozen due to instability in the country.