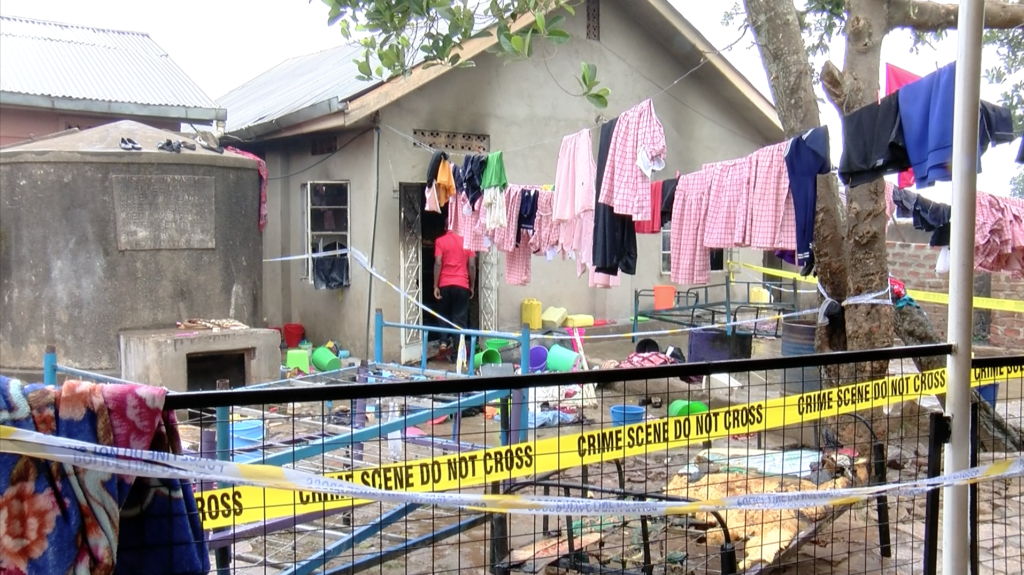 Tears and grief engulfed parents of New Crest junior school in Kawempe and St John’s School in Kyotera, following the death of their children in the fire out break.

The territorial police are still investigating to ascertain the cause of the fire. Apparently the fire started at around 3am today (15/01/2022) from one of the female pupils’ dormitories.

Police also said that they have evacuated those with injuries to Kyadondo Hospital, Kawempe I ward in Kawempe Division.

The Police further said that the school initially managed to control the fire outbreak, however did not notify the Police of this fire which is an act of gross negligence that caused harm to the pupils.

The victims have been identified as Tena Denge,6; Bushira Nabawesi, 6; Julian Nakalanzi,6, all in primary one and seven-year-old Hasina Nakawuki, a primary two pupil.

Meanwhile In Kyotera district at St. Johns primary school, a pupil died after a dormitory at St John’s primary school caught fire at around 4:30 am today, the deceased has been identified as Savio Kasozi, a primary four pupil.

According to Hassan Hiwumbire, the Kyotera district police commander, they are yet to establish the cause of the fire at St. John’s school. District authorities agreed to close the school until further notice.

John Lubowa, the school director says that unknown arsonists torched the school and it is not electricity as alleged. He says they are now relying on the police to investigate and find out who burnt the dormitory.