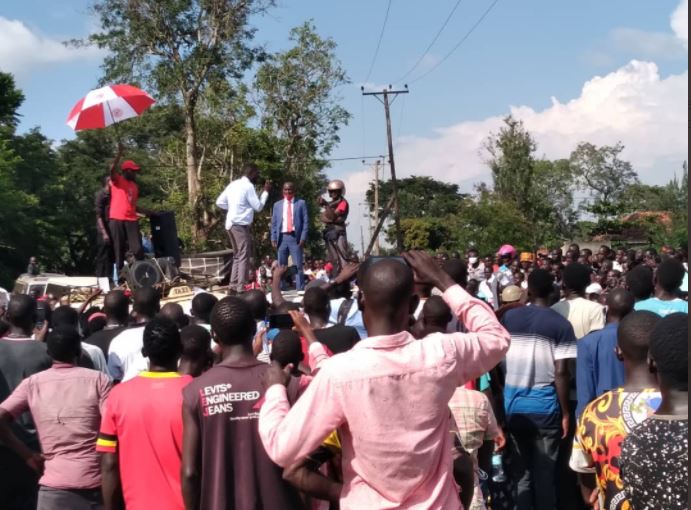 The National Unity Platform (NUP) presidential candidate Robert Kyagulanyi Ssentamu aka Bobi Wine has said that he no longer fears to be killed and that even if he gets killed during the struggle, his supporters to not turn back.

Bobi Wine, who was speaking during his campaign trail in Butaleja and Tororo District on Tuesday,  told masses of his supporters who had gathered at his rally in Achilet village, Tororo District that;

“It means that even if they kill me, things are irreversible right now. We are here to show the power of the people.”