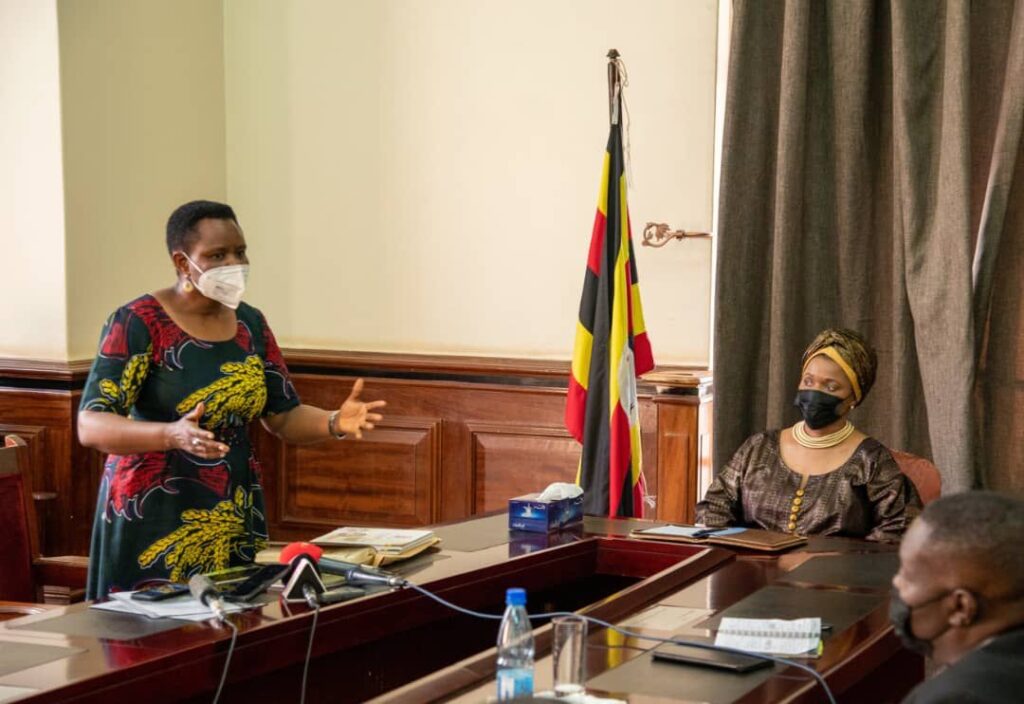 And the NDF has reported the theft of their land to the head of the State House Anti-Corruption unit (SHACU) headed by Col. Edith Nakalema who has initiated a multi stakeholder engagement to look into the matter.

NDF’s land is Sisa and Mpuuga both registered as Busiro Block 495 Plot 69 at Buswa Sisa with a 22 acre size and Busiro Block 274 Plot 225 at Mpuuga measuring 25 acres.

Col Nakalema with a team of other stakeholders visited the Nabagereka at Bulange Mengo where they shared critical information about the land grab.

Col Nakalema told the Nabagereka that her team had started the investigations but were continuing and a final report would be handed over to the Nabagereka on January 22.

“However as of now we have found out that the land is registered in the names of Nabagereka Foundation and without any encumbrances. What is left of us is to find out who occupies what and we will come up with a final report on January 22,” Col Nakalema said.
The Nabagereka told Col. Nakalema that the foundation has plans to develop the land but access by the foundation has been barred by the grabbers.

The Commissioner Survey and Mapping who was in company of Col Nakalema said that there will be a further detailed survey to determine how much of the land was occupied by each occupant. The Deputy Commander Kampala Metropolitan Police promised security during the survey process and also initiated investigations into how each of the occupants came to occupy the land.
Nabagereka Slyvia commended Col Nakalema and her team for the progress and all the interventions in resolving the issues of the foundation’s land.