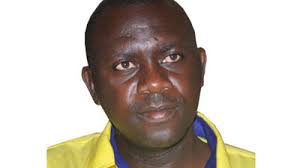 Ronald Ndawula, the former LC 5 and NRM Chairman of Luwero district who is also an aspirant for Katikamu North Member of Parliament seat on independent ticket, recently lost his two schools (Everest Schools) to Denis Sekabira (NUP), who is also contesting for the same seat.

This was after Ndawula’s failure to service Shs600m bank mortgage he acquired from Equity bank in 2017. He had staked the two schools comprised on LVR 975 Folio 6, Plot 836, LVR 975 Folio 5, Plot 835 both located at Kavule, Katikamu; and LVR 3618 Folio 4, Plot 634 at Bulemezi Katikamu. However, when he failed to service the mortgage, the bank proceeded to sell the school to recover the money. Sekabira would later emerge as the buyer. Ndawula tried to protest the schools’ sale in the high court Kampala-commercial division but the planned sale was upheld. According to documents seen by this publication, the transaction took place between 16th to 26th November 2020 and Shs 898m was paid for the whole transaction. However, when this publication talked to Sekabira, he said he had paid Equity bank Shs1.3bn for the transaction. Ndawula also acknowledges receipt of Shs1.3bn on his bank account from Equity bank. He says the bank deducted Shs1bn to settle his mortgage obligation and he remained with Shs300m. He however, maintains that his schools’ land were sold below the market price, which, according to him, currently stands at Shs3.7bn.

Following the transaction, Ndawula has since reported a case of Criminal Trespass and Impersonation against a one Christopher Lumala—the latter is a bailiff (under CL RISK MANAGEMENT SERVICES) behind the sale. The case is at Luwero Central Police Station SD33/06/12/22020. He alleges that Lumala is not licensed to enforce court orders or to advertise any sale of land pursuant to court orders which he says is the reserve of licensed court bailiffs. His argument is backed by a purported letter dated 5th November and signed by chief registrar Sarah Langa Siu denying any knowledge of Lumala. ”This is to inform you that our records do not have any bailiff by the names of Lumala Christopher,” the letter reads in part.

He also opines that at the time schools were sold, he had successfully lodged a caveat on the land in question preventing any sale: He says there is no evidence of notices to remove them as required by law.

He also says that the sale occurred without the mandatory legally required three sufficient notices of default on a loan obligation issued by the Equity bank.

He says the land was illegally and unreasonably sold undervalue and transferred with impunity. On 9th December, Luwero magistrate court also issued an order, permitting police to obtain all records in relation to the whole transaction.

NUP BOSS GETS A MORTGAGE

According to documents seen, between 26th and 30th November, 2020, NUP’s Sekabira reportedly used the same school land he had bought from the NRM boss to secure a mortgage worth Shs 1.7bn from the same bank.

According to Ndawula, Sekabira could be a proxy who is just being used in a grand scheme. He now wants security to find out what the mortgage of Shs1.7bn he obtained from Equity bank was used for. He believes this could be part of the money that was later channeled to Wine’s team to facilitate campaigns. There have been questions on Wine’s source of funding ever since campaigns started. Sources in security intimated to us that they want to find out whether Sekabira genuinely used his own money to buy the schools. And where did he put the mortgage money he received? Security also wants to find out if Sekabira is not just a proxy for Equity to facilitate Wine’s campaigns.

When this publication talked to Sekabira, he denied being a proxy for anyone. He says he has his money to buy whatever he wants. Whereas there are documents indicating that he obtained a mortgage facility worth Shs1.7bn from Equity bank, he denies this narrative. We were unable to obtain a comment from Equity bank by press time. Watch this space!