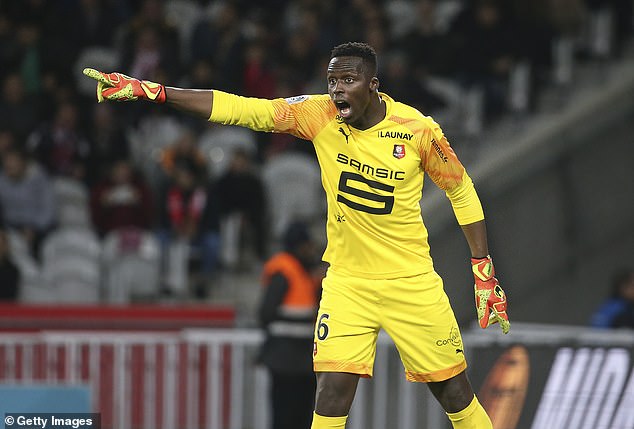 Goalkeeper Edouard Mendy has returned to Chelsea after injuring his thigh while training with Senegal.

Mendy, 28, joined the Blues on a five-year deal last month and kept a clean sheet on his Premier League debut against Crystal Palace.

He injured his right thigh in training on Wednesday and has been sent back to London after an examination at a hospital in Rabat.

Senegal play Morocco in a friendly on Friday night.

The Senegalese Football Federation announces the package of the goalkeeper of the National Selection Edouard Mendy following an injury to the right thigh that occurred during the training session on Wednesday October 07, 2020 and after a medical examination at the hospital in Rabat.

Edouard Mendy has also left the group this afternoon to return to his Club (Chelsea) where he will undergo further examinations.

The Senegalese Football Federation wishes him a speedy recovery.

He will be replaced by the young goalkeeper of the U20 national team, Boubacar Fall, who was regrouping in Toubab Dialao and who joined Rabat in the early evening.