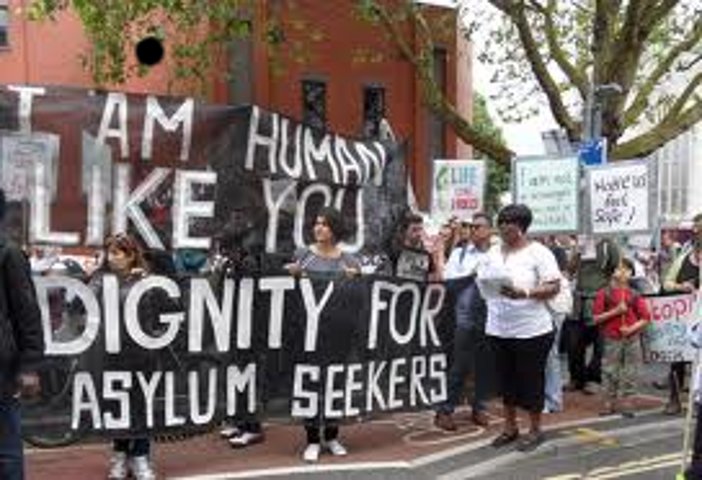 The court of appeal has found a 27-year-old woman from Uganda, known only as PN, was unlawfully removed from the UK

CAMPAIGNERS HAVE described a 27-year-old lesbian asylum seeker’s legal victory against the Home Office as a “beacon of hope” after the court of appeal found that the woman, known only as PN, was unlawfully deported from the UK.

PN, who came to the UK from Uganda as a child, was detained in Yarl’s Wood immigration removal centre before being deported in December 2013 under the fast-track system.

Her removal was subsequently ruled unlawful and the high court ordered the Home Office to bring PN back to the UK.

After bringing PN back to the UK last year, the Home Office sought to have the high court ruling overturned but on Monday the court of appeal ruled in PN’s favour.

PN, who is a lesbian, is seeking asylum in the UK on the grounds of her sexuality. Homosexual acts are illegal in Uganda and people who identify as LGBT face arrest, imprisonment and persecution. The Home Office does not accept that PN is a lesbian.

The court of appeal also found that the majority of the time PN spent detained in Yarl’s Wood was unlawful. The ruling means that she will be entitled to claim compensation for the periods of wrongful detention.

In a statement, Movement for Justice, the campaign group which has supported PN since she was detained, told The Voice: “For PN this decision confirms that she was unlawfully detained and removed from the UK, it means she has a chance to have her asylum claim as a lesbian properly heard and get her refugee status. The Home Office will have to pay damages for her unlawful detention and removal.

The anti-detention and immigrants’ rights campaign group added: “PN’s case is a beacon of hope to all those who were removed under the unjust and unlawful fast track system. Many will still be living in hiding, others will have sought safety elsewhere, others may have been imprisoned, some will no longer be alive – it is impossible to know because the Home Office does not keep track of the asylum seekers who they remove.”

While PN’s fight to remain in the UK is not over, campaigners want the legal victory to offer hope to those in similar situations.

PN said in a statement: “I feel so happy for this decision, when you are fighting so long for something it feels like you will never win and that is very frightening. This journey has not been easy and it is amazing to win against the Home Office who have put me through so much torture – I was waiting for this day to come.

“I have not been alone in this fight, since I was in Yarl’s Wood, Movement for Justice have supported me, encouraged me – their support kept me strong, kept me fighting when at times I thought I would die in Uganda. I am so thankful for my lawyers, I have always felt their support and understanding. I always knew I would come back, that I could win because I was not alone. It was not easy at all, this decision makes me so happy because it sees what I went through in Yarl’s Wood was unlawful.”

Although she is happy with the court’s decision, PN, who has revealed that she was gang-raped in Uganda, said she can’t forget what she experienced while in detention.

She added: “Yarl’s Wood tortured me more than I even went through in my own country because I was never safe in Uganda as a lesbian – that was my whole life. But here in the UK I felt safe, I thought I would be protected, that I could live free – but then they put me in Yarl’s Wood all of that safety and security was taken from me and I felt like I was going to die.”

A Home Office spokesperson said: “We are disappointed with the outcome of this case which relates to a removal almost seven years ago. As the Court of Appeal has acknowledged, this removal only happened following a number of legal challenges by the individual, all of which failed at the time. We will consider the judgment carefully, including whether or not to further appeal.”