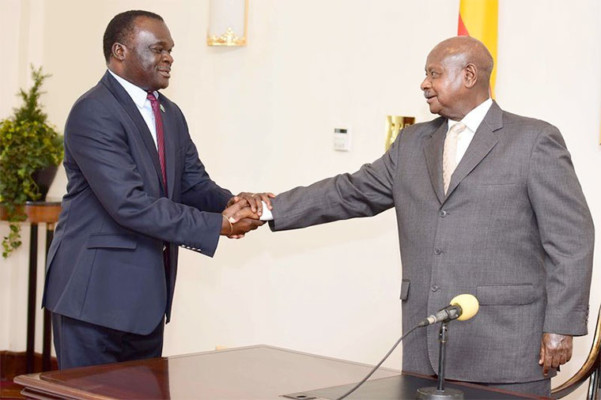 In a statement by the judiciary, the arm of government has said that the recent meeting between Museveni and Owiny was not secretive at all as it was an official ceremony at State House Entebbe that was attended by all the top leadership in judiciary to witness the swearing in ceremony of a newly-appointed judge of the High Court, Justice Margaret Apiny.“It is a requirement of the law in Schedule to the Oath Act for such a judicial Oath to be taken before the president or any other person authorised by the president,” read the statement in part.

The Judiciary’s spokesman, Mr Jameson Karemani said that Chief Justice Alfonse Owiny-Dollo used the swearing in occasion to present the Judiciary’s Budget estimates for 2021/22 Financial Year to the President as required by the Administration of Judiciary Act, 2020.