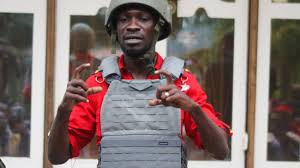 Majority of Ugandans are asking what next for Robert Kyagulanyi alias Bobi Wine following his threats to withdraw a poll petition from the Supreme Court citing “bias” and “frustration”.

On Friday, eight of the nine Supreme Court dismissed 120 more affidavits from Bobi Wine claiming the documents were filed late after February 14 deadline. It’s on such grounds that the presidential hopeful has threatened to withdraw the case if such frustrations persist. “We have been collecting evidence and more is still coming in but the Supreme Court has rejected over 250 affidavits we filed much as hearing of the petition hasn’t started. We want to put the Supreme Court on notice that if this persists, we are not going to be part of that mockery, the next step is to take the matter to the public court,” Bobi Wine said.

However, the ruling NRM lead Counsel Oscar Kihika has warned Kyagulanyi, saying he can only withdraw the petition with the permission of the court but should be ready for the resultant costs.