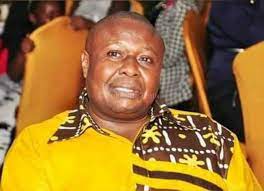 The case was scheduled for today at Mukono high court after numerous flops, still the resident judge David Batema did not turn up due to unknown reasons a thing that caused suspicion from the Minaz’s legal team.

The 46 acres of land that has stirred controversy between UIA, Prof. Minaz and Kirumira is situated at Kolo Kyaggwe within the Namanve Industrial Park in Seeta, Mukono district.

The case was filed by Prof. Karmali and UIA at Mukono High Court on December 9, last year.

Kirumira claims he is the registered proprietor of the Kibanja in Namanve Industrial Park but the government and a prominent local investor say he acquired it illegally.

According to court documents seen by this website, it is alleged that Kirumira transferred Plot 393, Block 113 in the heart of the Namanve Industrial Park into his name, yet the land belonged to the late Amirali Karmali, Mukwano’s brother, Prof. Minaz Karmali.

The alleged transfer of the said land by Kirumira, court documents indicate, was discovered by Prof. Minaz and the government when Uganda Investment Authority (UIA) wanted to buy part of the land and lease it to key Chinese investors for industrial development.

For proper management of the land, UIA argues that the land was placed into the care of Capital Ventures international Limited (CVIL) to conduct valuation and survey before purchase from Minaz is conducted, but it was discovered that Kirumira had allegedly taken possession of the sh15b land at sh400m.

Court documents also indicate that whereas the stamp duty fees for the land to be transferred were valued by the Government valuer at sh672m, Kirumira allegedly paid sh1.25m.

In his defence, Kirumira says he bought the land in question from Yokana Galikwoleka Mukasa in October 2017.

On the other hand, Minaz said he bought the land from Charles Kagenya in November 2010, noting that Galikwoleka Mukasa was a shamba boy of Kagenya, who died in July 1996.

In the documents Kirumira filed in court, there is no history of ownership of Kibanja, payment of Busuulu tickets, boundary and signature from LCs, prompting the investor to conclude that the transactions were tainted with fraud and forgery.

Minaz told court that there is no way a dead person could have personally sold land, signed transfer forms and handed over the title to a living person as Kirumira alleges.

According to court documents, Karmali and UIA also allege that Kirumira and officials from the office of the Registrar of Titles and Department of Land Registration removed the caveats that the two had lodged on the land without consulting them or making any attempt to reach out to them.

“Our prayer is that the court impeaches the title of Plot 393, Block 113 that was fraudulently transferred to Kirumira,” the petition to court reads.

Karmali also alleges in the petition to court that in an attempt to create an easement to enable Kirumira access Plot 393, Block 113, he also encroached by fencing, on Plot 1501 and Plot 1502 that belong to Karmali’s family.

Karmali and UIA also want the court to issue an order restraining Kirumira from accessing the land.

However, in his defence, Kirumira alleges that he took possession of the land after CVIL failed to pay back a sh400m loan facility that he had advanced to it.

The city tycoon also maintains that he has been the registered proprietor of the land for the past five years and accuses Karmali and UIA of trespass.

Kirumira also wants the court to stop Karmali and UIA from evicting him from his land.