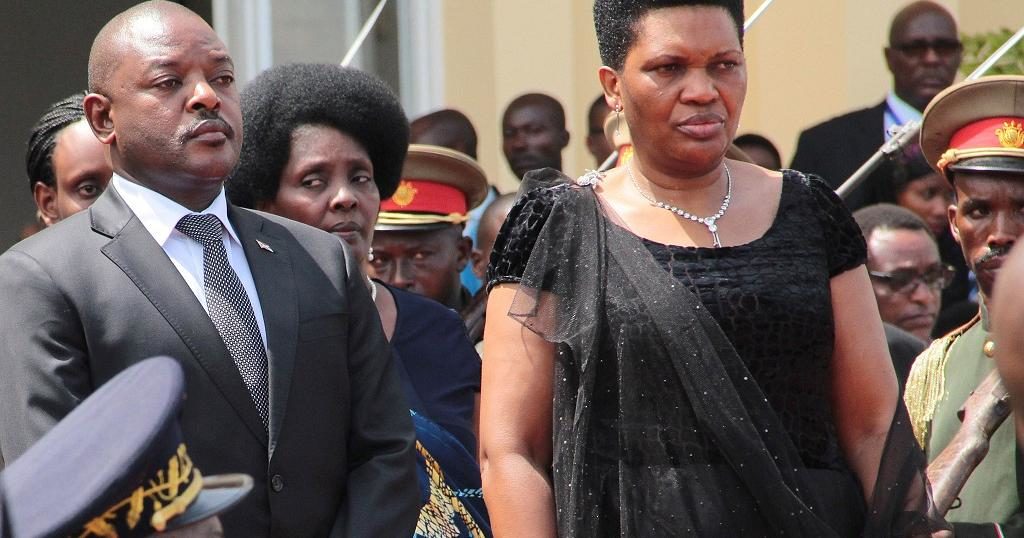 There is untold fear in Bujumbura after the First Lady  was rushed airlifted to Nairobi, Kenya, on Friday, after reportedly contracting the deadly Coronavirus (COVID-19).

First lady Denise Bucumi was flown out of Burundi on a Pilatus plane by the AMREF air ambulance service, according to a source at the Melchior Airport in Bujumbura.

A high-ranking government official, speaking on condition of anonymity, told AFP that Bucumi had gone to Nairobi “for treatment as she caught the Coronavirus”.

This was confirmed by a source in the presidency, also asking not to be named.

However a separate source in the presidency denied it and said she was going for an “endoscopic ulcer exam”.

In Kenya, a source at the health ministry, requesting not to be named, said Bucumi had been admitted to hospital and was being treated with “complications of difficulty in breathing”.

The source said a test had been done for COVID-19 although to date there has been no official comment on the health of the first lady.

Kenya’s chief administrative secretary for the health ministry Mercy Mwangangi said she could not “confirm yes or no” if Bucumi was in the country receiving treatment for the coronavirus.

But it should be noted that President Pierre Nkurunziza, a devout evangelical Christian, and his wife Denise, who is a pastor, have regularly played down the seriousness of the pandemic in their speeches and sermons.

Burundi is one of few countries in the region that did not take action against the virus, and recently held general elections, with heavy crowds attending campaign rallies. Voting took place with scant attention paid to the outbreak or measures to prevent its spread.

Two weeks ago Burundi expelled the World Health Organisations (WHO) expert team backing the Coronavirus response in the country, claiming they were disseminating inaccurate information about the outbreak.

On Thursday, during national prayers to thank God for the ruling party’s victory in the election, Nkurunziza repeated claims that Burundi was saved from the virus due to “the hand of God”.

“If all over the world we talk about the coronavirus pandemic, but we were able to gather without any problem, hold an electoral campaign without any problem, send our children to school and go to the market without worries …. it is the hand of God which shows he has placed a special sign above our Burundi,” he said.

“Look here, is anyone wearing a mask?” He asked the packed crowd.

Nkurunziza will be leaving office after 15 years and his handpicked heir Evariste Ndayishimiye was declared the winner of the election.

Burundi has officially reported 42 cases and one death, in statistics not updated since May 17.

However doctors in Bujumbura speaking to AFP on condition of anonymity say many cases and deaths are going unreported as a result of a State-sponsored cover-up.