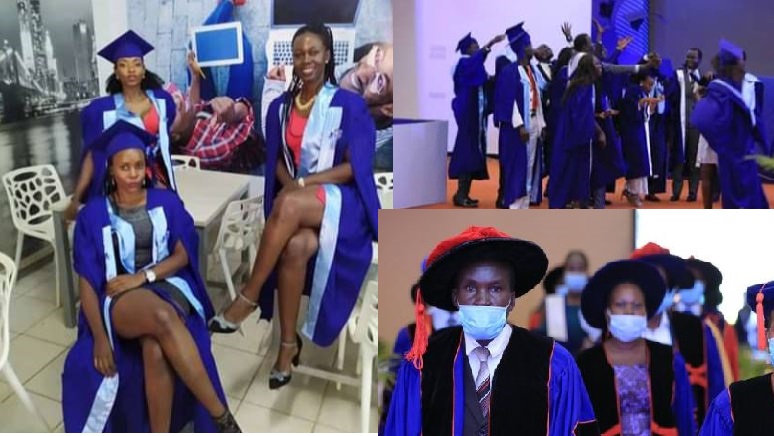 As a way of implementing the Ministry of Health guidelines of preventing the spread of Coronavirus by avoiding large crowds, the management of Cavendish University on Friday held a Virtual and Scientific Graduation ceremony, which was tele-conferenced from  Speke Resort Munyonyo, where it was hosted.

The Cavendish 9th graduation ceremony,  which was attended by a few graduands, officials from Cavendish University and other distinguished guests, was officiated over by the Speaker of Parliament Rt. Hon. Rebecca Kadaga, who was Chief Guest.

The other notable attendees were the Chancellor and Former President of the Republic of Tanzania  Benjamin Mkapa, who presided over from Tanzania,  former Uganda Revenue Authority (URA) boss Doris Akol, Prof John Mugisha, the Vice Chancellor, Academic Registrar, Mr. Amos Olal-Odur, among others.

Many of the students had to attend the graduation ceremony via NBS TV or their personal computers by using Skype, Zoom and other live stream apps.

NBS TV’s Samson Kasumba was Master of Ceremony at the Scientific and Virtual Graduation of Cavendish University Uganda.