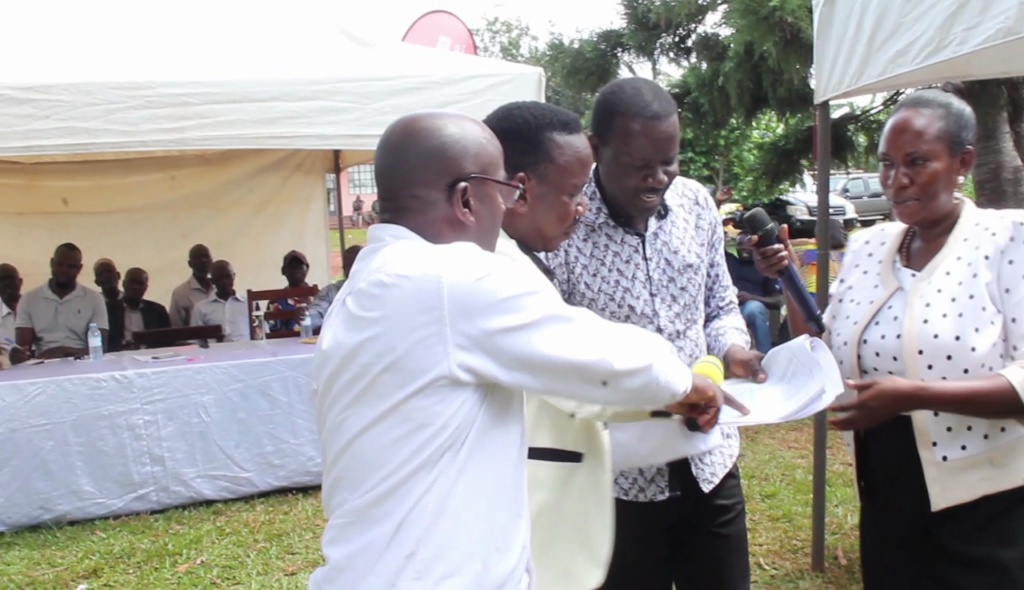 The Mukono sugarcane out grower’s cooperative society in Buikwe district, has lashed out at the leadership of the society for misappropriating 600 million shillings which was supposed to cater for their welfare in times of hardships.
Over 500 sugarcane farmers and transporters from the districts of Buikwe, Buvuma, Kayunga and Mukono gathered at Kawolo in Buikwe district to analyze the leadership of Paddy Mubiru and Kaana Baraza to explain missing funds and the money from the tractor the government gave them.
The farmers accused the leaders of conving with the Indians to restrict them from getting permits and increase the permit fees to 1 million shillings to supply sugarcanes to SCOUL, which leads farmers to face the consequences as there canes dry on the field and on the lorry while their leaders supply tons of sugar canes to the company.
In the meeting, the farmers discovered that their chairperson Mubiru supplied over 4 million tons of sugarcanes to SCOUL without their knowledge that annoyed them to the extent of lynching him.
The farmers also accused Baraza and Mubiru of cheating them of shilling 500 per ton as they enter the company but they are not members and added that the two abuse the office. They vowed to take the matter to courts of law.
In his defense Mubiru said the 500 shillings was approved by the committee of the society with the aim of supporting members in needy situations while Baraza denied extorting money from non-member farmers and said he was ready to step aside for investigation.
The founding leaders led by Charles Ngobi have dismissed the existing leadership. Ngobi said in 2001 they decided to form this society, because they were oppressed by the Indians at the time but sadly the youths they appointed to lead the society have diverted from its common goal.