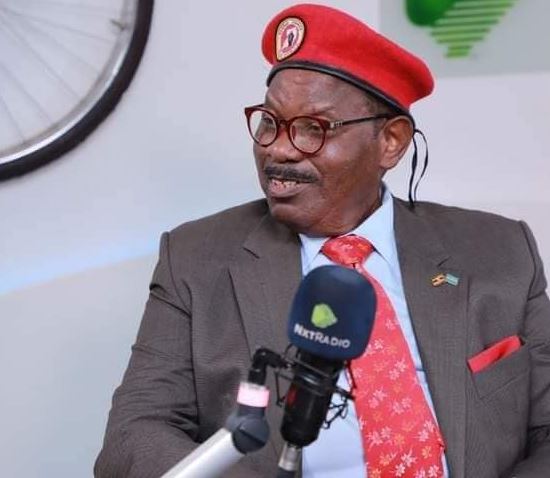 Ssebagala, aged 72, died on Saturday morning at IHK Hospital in Namuwongo, according to family sources.

His brother Latif Ssebagala, who is also the Kawempe North Member of Parliament, confirmed Ssebagala’s demise by writing thus on social media; “It’s with great sadness that I announce the death of my older brother Al Hajj Nasser Ntege Sebaggala.

May Allah grant him Paradise. More details to follow.”

Sebaggala died at International Hospital Kampala where he had been admitted after he developed a disorder in his stomach, commonly referred to as intussusception. He has been in the hospital’s ICU unit for the last two weeks.

Sebaggala was born in Kampala on November 15 1947.

He was Mayor of Kampala from 2006 to 2011. He was an independent presidential candidate in the 2006 general election before dropping out and joining the Kampala mayoral race.

In 2010, he unsuccessfully ran for the post of DP president but lost to Norbert Mao. Shortly after, he formed a political party but later dissolved it and joined NRM as senior presidential advisor.

This year, he announced that he had joined the National Unity Platform and expressed intention to contest for the mayoral position on the party ticket. Unfortunately, he slipped in his bathroom on September 10 and was rushed to IHK where it was discovered upon examination that he had a stomach disorder.

Sebaggala, who had been a prominent businessman in Kampala in the 70s, 80s and 90s, began his political career by running for the position of Mayor of Kampala.

Ostensibly a member of the Democratic Party, Sebaggala won the first direct elections for mayor of Kampala in 1998, beating two government-sponsored candidates.

However, he was arrested in the United States two months later, in June 1998, on eight counts of fraud and lying to U.S. customs officials. In February 1999, he received a 15-month sentence but was paroled in December 1999.

He returned to Kampala in February 2000 to a warm welcome and considered a bid in the 2001 presidential elections.

In mid-December 2005, he broke with the Democratic Party (DP), after he came third in the party presidential primaries, which was won by Ssebaana Kizito, and registered himself as an independent Candidate, although he later kept way from politics, until recently when he came out and claimed to have joined NUP.

By the time of filing this story however, details about Ssebagala’s funeral were still scanty, although being a Muslim, he is expected to be buried today.

Watch  this space  for details.