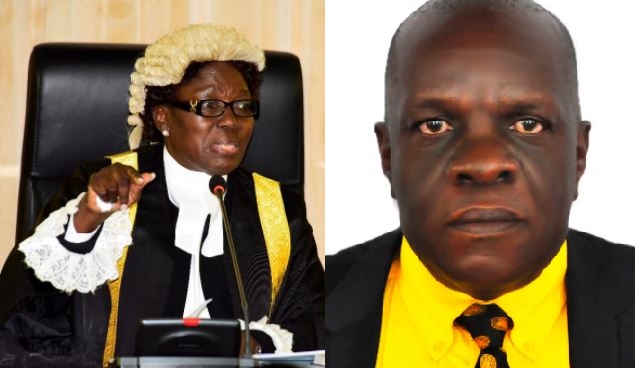 The Speaker of Parliament Rebecca Alitwala Kadaga has revealed that there is a group political leaders from Busoga region who are viciously fighting her and have reached the extent of maligning her before President Yoweri Kaguta Museveni.

Kadaga, who recently  got involved in a bitter contest  with  State Minister for Lands Persis Namuganza over the National Resistance Movement (NRM) Second Vice Chairperson seat, asserts that the group of Basoga leaders that want her out include among others  State Minister for Karamoja Moses Kizige, who is the ringleader  of the clique.

The Speaker contends that Kizige and others recently penned a scathing document to President Museveni in which they fabricated a lot of  allegations  against her, although when the President summoned her she beat them hands down  after proving that all their allegations were false.

“I’ve disclosed how some fellow Basoga leaders in gov’t are fighting me. Recently, State Minister Moses Kizige, in cahoots with other leaders, wrote a 13-point litany of complaints to President Museveni. I was summoned in State House, in their presence & I disproved them,” Kadaga tweeted on Thursday morning.

She added that; “Some detractors are telling voters that since I was voted to the CEC, I deserve no other vote. This is a lie. The CEC was a party matter. I still have to seek legitimacy from voters — for the NRM primaries; for next year’s parliamentary elections; and for Speakership.”

But she did not go into details of what Kizige and others complained about her in their 13-point document which they submitted to president Museveni.

However, By the time of filing this story, our efforts to reach Minister Kizige for a comment about this matter were futile as he couldn’t be reached on his know phone numbers.