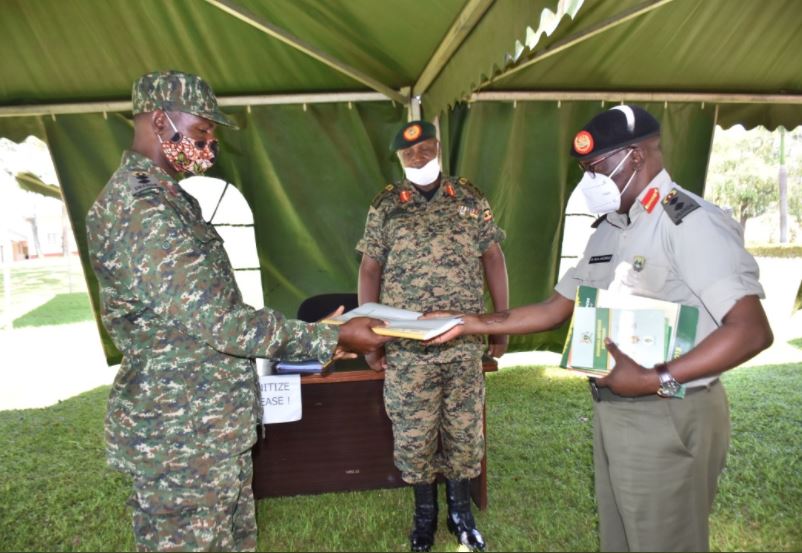 President Yoweri Kaguta Museveni, who is the Commander In Chief Of Defence Forces, has appointed Colonel Nelson Ahebwa as the new Deputy Chief Political Commissar.

This was revealed by the deputy Uganda Peoples Defence Forces (UPDF) spokesperson Lt. Col. Deo Akiiki, who revealed that Col. Ahebwa will take over from Col. Ba-hoku Barigye, who on Wednesday handed over the office of the UPDF Deputy Chief Political Commissar (D/CPC) to Col Aheebwa

Akiiki revealed in a tweet that Col. Barigye has sine been appointed by the CIC as the new Defence Attaché to Cuba.

Col. Barigye is the former Spokesperson for the African Mission for Somalia (AMISOM) army, which has done a great job at fighting Al-Shabaah terrorists in Somalia and creating a peace hub in the war-torn city of Mogadishu.