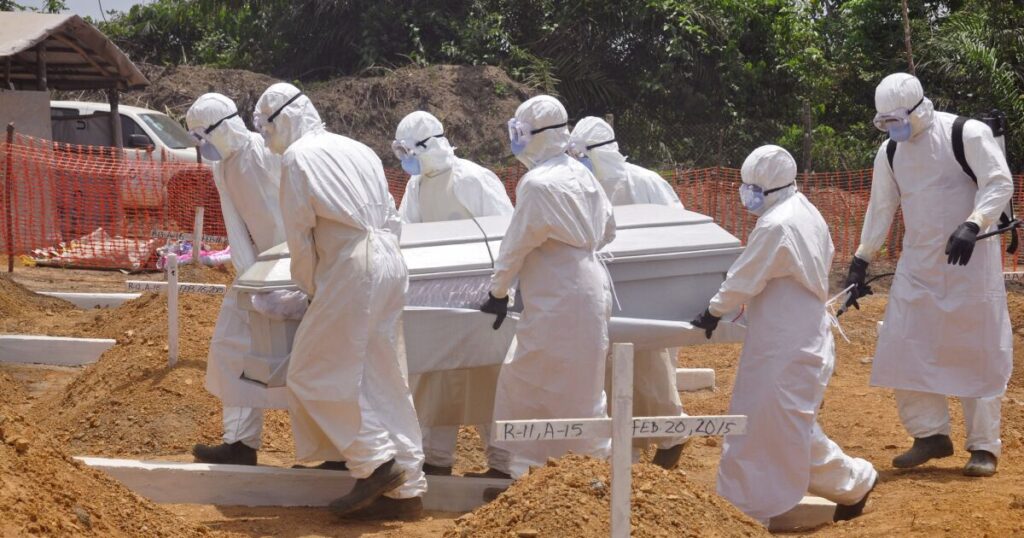 The Ministry of Health has confirmed nine cases of Ebola in the Greater Kampala region. This brings the total number of patients in the capital to 14 within the last 48 hours.
Earlier, Health Minister Jane Ruth Aceng said five cases had been isolated in Kampala, confirming the first known transmission of the virus in the city. These were however transferred to the Entebbe isolation treatment unit last evening.
Aceng said that the nine new cases were contacts of the fatal case from Kassanda district, who passed on in Mulago hospital. They include seven family members from Masanafu and one health worker who managed him in a private clinic together with his wife from Seguku.
The outbreak of the Sudan variant of the Ebola virus disease was first confirmed on September 20, in Mubende district. The disease later spread to the areas of Kassanda, Bunyangabu, Kyegegwa, and Kagadi.
In the aftermath, President Yoweri Museveni imposed a 21-day lockdown on Mubende and Kassanda districts to contain the disease outbreak. During this time, the areas will be under an overnight curfew running from 7 pm to 6 am, movement to and from the two districts will be restricted, while places of worship and entertainment centres will not be allowed to operate.
A Ministry of Health statement on Sunday said the outbreak had so far infected 75 people and killed 28. At the time, the Mulago unit had 58 contacts under quarantine.