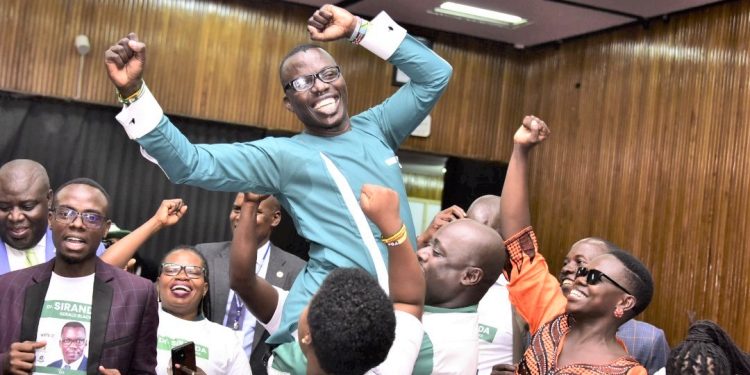 Parliament has nominated 28 candidates to vie for the nine slots in the East African Legislative Assembly (EALA).
The two-day exercise started on Monday, and 15 candidates, all independent aspirants, were nominated.
13 aspirants presented their nomination papers on the last day of the two-day activity presided over by the Clerk to Parliament, Adolf Mwesige Kasaija, at Parliament’s Conference Hall.
All nominated candidates will be invited to open campaigning before Members of the 11th Parliament who form the electorate on September 29 at Parliament.
According to records, a total of 18 independent candidates presented their nomination papers, while six candidates from the ruling National Resistance Movement (NRM) party also expressed their interest.
The Democratic Party, Justice Forum (JEEMA), Forum for Democratic Change (FDC), and Uganda People’s Congress (UPC) fielded one candidate each to compete for the opposition slots.
Those nominated on the second day included the six candidates fronted by NRM. These are Paul Musamali, Rose Akol, Stephen Odongo, James Kakooza, Mary Mugyenyi, and Denis Namara.
Also nominated on day two were candidates endorsed by several opposition political parties including DP’s Gerald Siranda, UPC’s Fred Ebil, and FDC’s Harold Kaija.
According to the Clerk to Parliament, Adolf Mwesige Kasaija, nomination documents are to be verified by a verification committee, and thereafter, the names of the successful candidates will be gazetted.