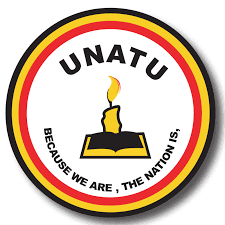 Nine people have been arrested in connection to the embezzlement of Shs 11 billion meant for teachers. The money was part of the Shs 25 billion which was released by the Ministry of Finance as a revolving fund to improve the welfare of teachers in government schools.
The Criminal Investigations Directorate –CID embarked on investigations after receiving numerous complaints from teachers who were being forced to pay for loans that they never acquired under their Saving and Credit Cooperation –SACCOs.
Detectives have established that 42 out 215 SACCOs forged teachers’ signatures, presented names of people who have never been teachers while other savings and credit schemes registered members after receiving the money.
One of the suspects still on the run created several fake SACCOs in the districts of Iganga and Mayuge.
He started calling himself Chief Executive Officer –CEO and forced teachers to withdraw money and gave it to him. The suspect whose name is still a secret used the money to sponsor his wife to contest as an MP but she lost.
The money was released by the ministry of finance in 2015 following President Museveni’s directive.
Problems started when the Ministry of Education called for bidders to manage the teachers’ money and Microfinance Support Centre –MSC emerged the best.
Detectives have established that MSC was given 9.3 billion Shillings to distribute to teachers Saccos. Under unclear circumstances, the money was instead allegedly lent out to financial institutions such as Finance Trust Bank which was allegedly given a 6 billion Shillings loan and HOFOKAM microfinance which acquired 3 billion Shillings.
With the developments that MSC was mishandling the money, Uganda National Teachers’ Union –UNATU organised protests demanding for the money to be given to them so that they could manage it. It was at that point Museveni ordered the Ministry of Finance to give the remaining balance of over 15 billion Shillings to UNATU.
Nonetheless, UNATU could not be in a position to distribute the money to Saccos because it is at the level of an association. An agreement was reached to create an account under Walimu Teacher’s Union which could rely on District Chief Administrative Officers- CAOs to verify whether the applicants were indeed on the government payroll and never had running loans.
The CAOs role was to ensure that a Sacco applying for the loan exists, its members are on the government payroll and none of them is paying for an already acquired loan. The CAOs were also supposed to ensure that the Saccos had physical addresses. But the CAOs went ahead and cleared Saccos which never existed.
Detectives have since learnt that Sacco managers went ahead and withdrew it physically instead of transferring it to successful applicants electronically as earlier guided.
Charles Twine, the CID spokesperson, identified the arrested teachers as Garuka Michael, Kyampa Joseph, Isabirye James, Mpade David, Kwagala Olivia, Mawada Robert, Kayepa Bashir, Magala Enock, Bampalana Patrick, and Samson Nanziz