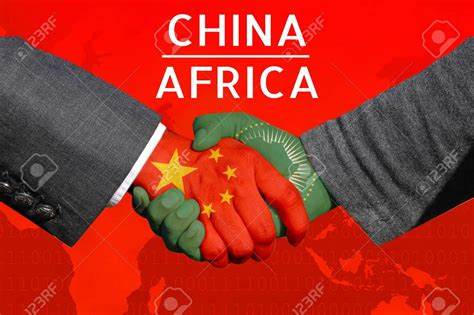 What might China’s goals be in paying visits to Nigeria, the Democratic Republic of Congo, Botswana, Tanzania, and the Seychelles?

Chinese Foreign Minister Wáng Yì 王毅 has begun a five-nation African tour in Nigeria in what’s now a 30-year-old custom of Beijing’s top diplomat always starting the year with a visit to the continent.

After Nigeria, Wang will fly to the Democratic Republic of Congo, Botswana, Tanzania, and the Seychelles, a small Indian Ocean island chain off the coast of East Africa.

Other than listing meetings with his foreign minister counterparts, the Chinese Ministry of Foreign Affairs provided very few other details about Wang’s agenda during the weeklong tour and why specifically these countries were chosen for the visit.

Wang’s trip to Africa will last through Saturday.

NIGERIA: China doesn’t do much business with Nigeria. Its loan portfolio is relatively small and the Chinese don’t buy a lot of Nigerian oil. But Nigeria does play a critically important diplomatic role in many key international institutions, including the African Union and United Nations. Also, in 2020, Nigeria emerged as one of the loudest and most eloquent African voices expressing widespread anti-Chinese sentiment — everything from the response to the “Guangzhou incidents” to sovereignty issues related to Chinese loans. Wang’s visit may be intended to bolster Beijing’s ties with the Buhari administration in what the China Africa Project’s Cobus van Staden describes as a way for Wang to say to his Nigerian hosts: “Are we still cool? Everything OK?”

THE DEMOCRATIC REPUBLIC OF THE CONGO: The DRC is once again resuming its role as a frontline in the world’s great power struggles, this time between the United States and China. Two issues, in particular, may have prompted Wang to pay a visit to the young government led by President Félix Tshisekedi: 1) cobalt and 2) Kinshasa’s increasingly close ties with Washington. The DRC is home to 70% of the world’s supply of cobalt, a critical element used to make batteries for electric vehicles and other electronics. Chinese companies went on a cobalt buying binge last year in the DRC, and if the U.S. follows through on its threat to cut off sales of semiconductors, China’s newfound dominance in the cobalt supply chain could be used as a powerful retaliatory measure.

BOTSWANA: Of all the countries on Wang’s itinerary, the stop in Botswana is the most puzzling to many observers. After all, Botswana isn’t strategically located, and, other than diamonds, it lacks the kinds of natural resources that China likes to buy. But Wang’s visit may be a way to reward President Mokgweetsi Masisi’s administration for not confronting China in the same that the previous government led by Ian Khama did when it was in office. Khama was an outspoken China hawk who famously declared in 2017 that “we are not a colony of China” and expressed his intention to invite the Tibetan spiritual leader the Dalai Lama for an official visit to Gaborone. Although the visit was ultimately canceled, China responded angrily and said it caused a “serious deterioration for bilateral ties.”

TANZANIA: Wang’s visit to Tanzania highlights the East African country’s growing importance as a regional logistics and transportation hub. President John Magufuli plans to connect the main ports in Dar es Salaam and Bagamoyo with a new 1,457-kilometer standard gauge railway line, a portion of which may be built with loans provided by the China Exim Bank. Also, in the aftermath of President Magufuli’s re-election that was widely condemned by U.S. and European governments for human rights abuses, China may see an opportunity to forge closer ties with Dodoma. President Xi Jinping was among the first major power leaders to congratulate the Tanzanian leader on his victory.

THE SEYCHELLES:  Wang’s visit to this tiny archipelago off the coast of East Africa could be intended to send a message to China’s rivals in India that Beijing plans to vie for influence in the Indian Ocean. The Seychelles is seen by both Asian powers as a vital outpost in the Indian Ocean region. Wang’s visit to Victoria comes less than a month after Indian Foreign Minister S. Jaishankar traveled there and described the island nation as “central” to India’s Security and Growth for All in the Region (SAGAR) agenda. Indian Ocean island states are also becoming important to Asia’s major powers as outposts for their distant fishing fleets. New satellite images revealed that Japan is setting up a fishing base in Mauritius and China may be eyeing similar opportunities in the region as well.