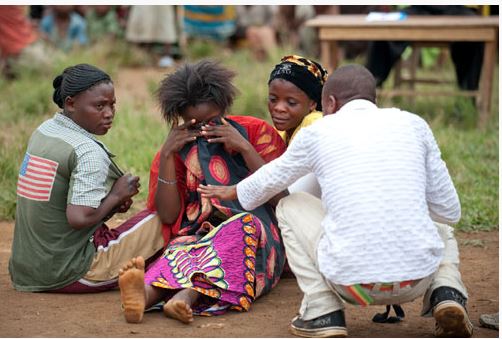 The World Health Organization (WHO) has pledged to investigate allegations of sexual abuse by people identified as health and aid officials in the Democratic Republic of the Congo (DRC), where the global body is trying to stop the spread of the Ebola virus.

The WHO said it is “outraged” and promised the charges will be “rigorously investigated” in a statement released on Tuesday.

“The betrayal of people in the communities we serve is reprehensible. We do not tolerate such behaviour in any of our staff, contractors or partners,” read the statement in part. “Anyone identified as being involved will be held to account and face serious consequences, including immediate dismissal,” it added.

The statement came after the news website The New Humanitarian released a report in conjunction with the Thomson Reuters Foundation in which more than 50 women accused aid workers from the WHO and non-governmental organisations operating in DRC of both improperly propositioning women and of demanding sex in exchange for being hired for a job.

The WHO statement did not specifically mention the report, and would not say if it had received complaints against staff or contractors during the Ebola response.

The WHO was in charge of efforts to control an Ebola outbreak in eastern DRC between August 2018 and the end of June this year. During that time, 3,481 people were infected with the haemorrhagic fever and 2,299 people died.

It was the 10th Ebola outbreak the country had seen. This one was particularly difficult to bring under control due to fighting between various rebel groups and the government there.

Since the end of the Ebola mission, there has been a new outbreak in western DRC.

Strategies put in place by the United Nations and NGOs to end such behaviour largely failed during the outbreak, aid officials and workers, gender analysts and researchers said.

Fifty-one women told the nearly year-long investigation that they were sexually exploited or abused by mostly foreign men identifying themselves as aid workers in Beni, the hub of the outbreak.

Not one said she knew of a hotline, email address or person to contact to report the incidents.

“Knowing the poverty of the population, many consultants amused themselves by using sexual blackmail for hiring,” said one WHO employee who spoke on condition of anonymity for fear of reprisals.

In the investigation, the largest number of accusations – made by 30 women – involved men who identified themselves as being with the WHO.

While ALIMA and World Vision also promised to investigate, most of the others said they needed more information to follow up.

According to commander Lokango Ebaleongandi in Beni, the police heard rumours of abuse but no victim came forward to report a case of sexual abuse.